Now that the rains have set in, it is tough to find a freshwater ditch or puddle in Panama that does not have the tell-tail ‘cuieeeeeee-chuck’ calls of male túngara frogs hoping to attract a mate. If you live in Panama, follow this distinctive call to its source and you are likely to find an otherwise unremarkable, warty little creature putting on the performance of his life. This tiny brown comedian turns his whole body into an inflatable pool-toy on the water, exuding air from his swollen body into a huge gular pouch and back again.

Frogs that can avoid the attention of voracious frog-eating bats drawn to their calls pair with females and whip up the egg mass into a stiff white foam nest, using their hind legs like egg-beaters. The foam protects developing embryos from dehydration, sunlight and pathogens until they hatch after around 4 days. Check out this video about Smithsonian Tropical Research Institute Scientist Rachel Page, who studies these little creatures and the bats that snack on them.

Tungara frogs are thankfully still thriving in the wild and are listed by the IUCN as least concern.

Photo courtesy of Brian Gratwicke. Send us your own cute frogs by uploading your photos on flickr here. 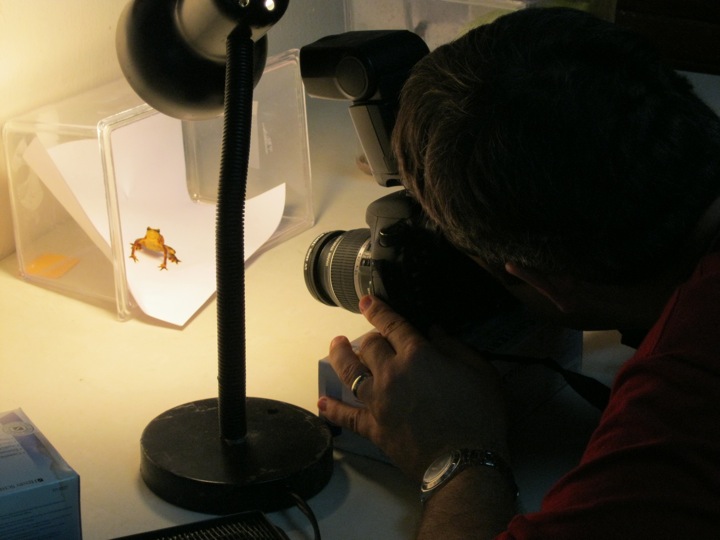 One of the ways to tell the frog's story is through photos that capture each animal's unique beauty in detail. Here the project's international coordinator, Brian Gratwicke, takes one of his incredible stylized frog shots.

Anyone who’s been out in the woods at night has heard the call of a frog. Sometimes it’s from a female to a nearby male looking for some romance. Sometimes it’s from a whole camp of males hoping to impress a very picky female. After just a few days in the Panamanian rainforest, I have learned to identify the call of the tungara frog (and can hear one out my window right now), the gladiator frog and the red-eyed tree frog. I’m still working on learning the many other big noises that come from these small creatures.

Although the sounds that frogs make are as varied as the animals themselves, there’s one thing frogs can’t do: talk. That’s where I come in.

Frogs have an important story to tell. It’s one about a fungus that is wiping out their kind worldwide and spreading rapidly. It’s one about those among the Earth’s most powerful species who are doing something to save the animals and it’s about those who don’t much care. Through the frogs’ eyes, it’s a story that has evolved along with the planet since the time of the dinosaurs and a story that still has a very uncertain ending. 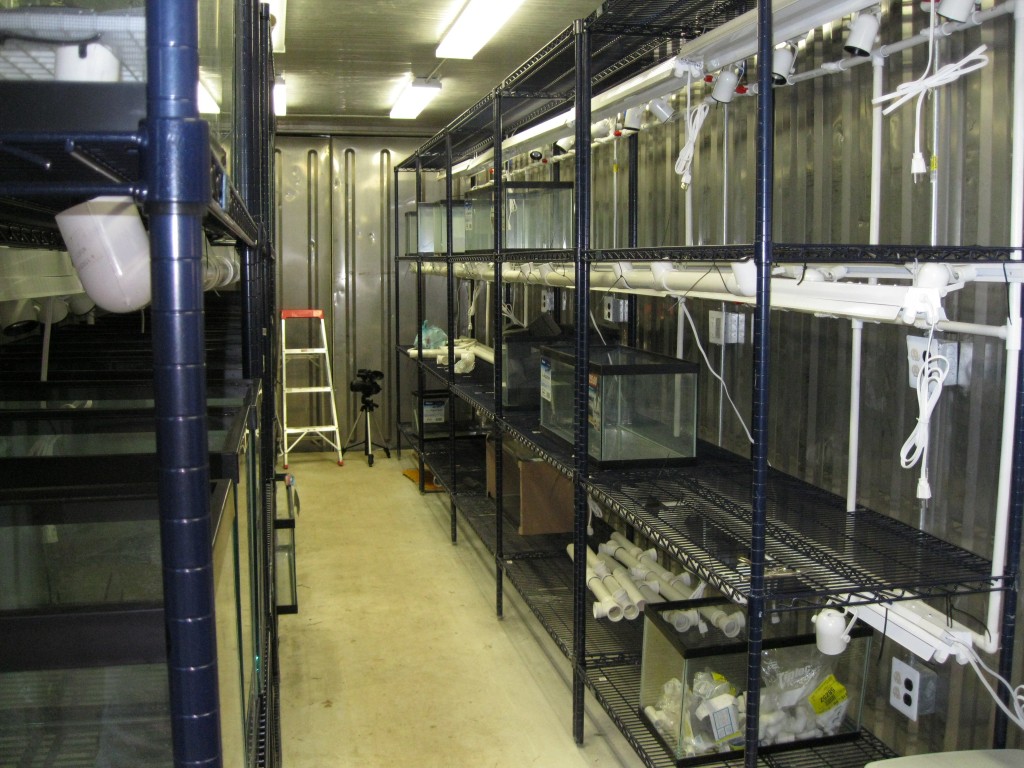 To bring frogs into captivity, rescue members and volunteers have to transform this shipping container... 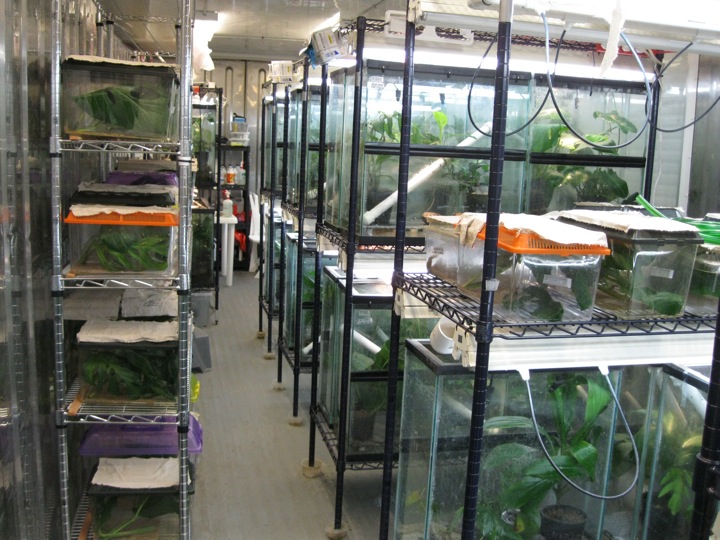 ...into a rescue pod like this, which already houses a number of frogs and is the pod I've worked in this week.

The frogs at Summit Zoo were able to tell their story to a reporter who came to visit today and my job—the conservation action that I have to offer—is to ensure that reporters help get the word out and that we connect with as many people as possible in Panama, the States and, well, everywhere else. We need people to care and then we need people to take action. We need this to happen very quickly, before chytrid spreads to those places that are home to the rescue priority species we’re still trying to make room for.

Right now we’re already pushing capacity with the newbie Pirre Mountain frogs (Atelopus glyphus) in quarantine, awaiting their turn to re-locate to a rescue pod. But their rescue pod still looks more like what it was originally created to be—a shipping container. 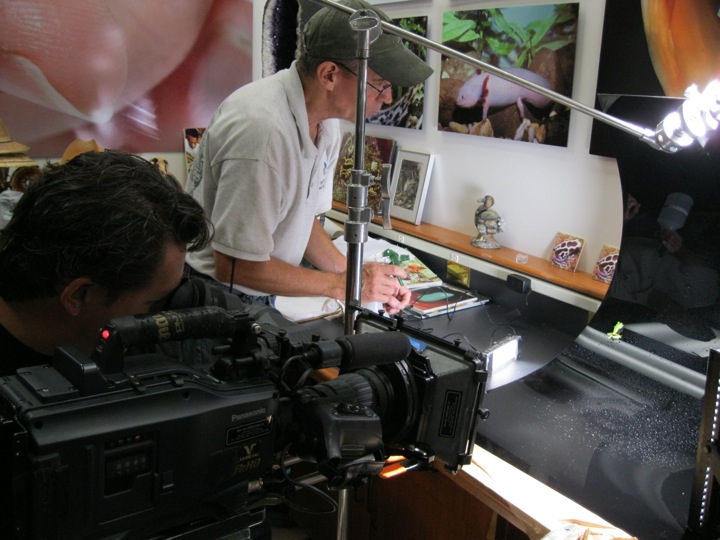 Spreading the word requires the interest of reporters around the world. Ed Smith, a biologist at the National Zoo, helps a film crew work with Panamanian frogs at the Zoo's Amazonia Exhibit.

Outfitting the pods for the frogs takes a tremendous amount of work. Once we receive the shipping industry’s donation, we need to turn it into an ark by setting up life support systems, from air conditioning to filtration to lighting. This week it took me two hours to make just three false bottoms (tank bottoms that prevent the frog from escaping through a filtration pipe) and about an hour to put together about 20 lights. Really we’re just doing this one or two people at a time.

This takes time and this takes money. Thanks to a grant from the Smithsonian Women’s Committee, the rescue project was able to hire someone to coordinate and recruit volunteers—and volunteers are essential to building capacity we need.

So my shameless plug in the midst of a week of being nothing but frog mad: If you want to be among the good guys in the story of the frogs, come to Panama to volunteer. Or donate money. Or help with the campaign we’ll be announcing next week. Or just do whatever you can to help us spread the word, whether on Facebook, Twitter or at your next dinner party. When the words stop, so, too, will the frog calls.

And that’s a silence I don’t think the world can bear. 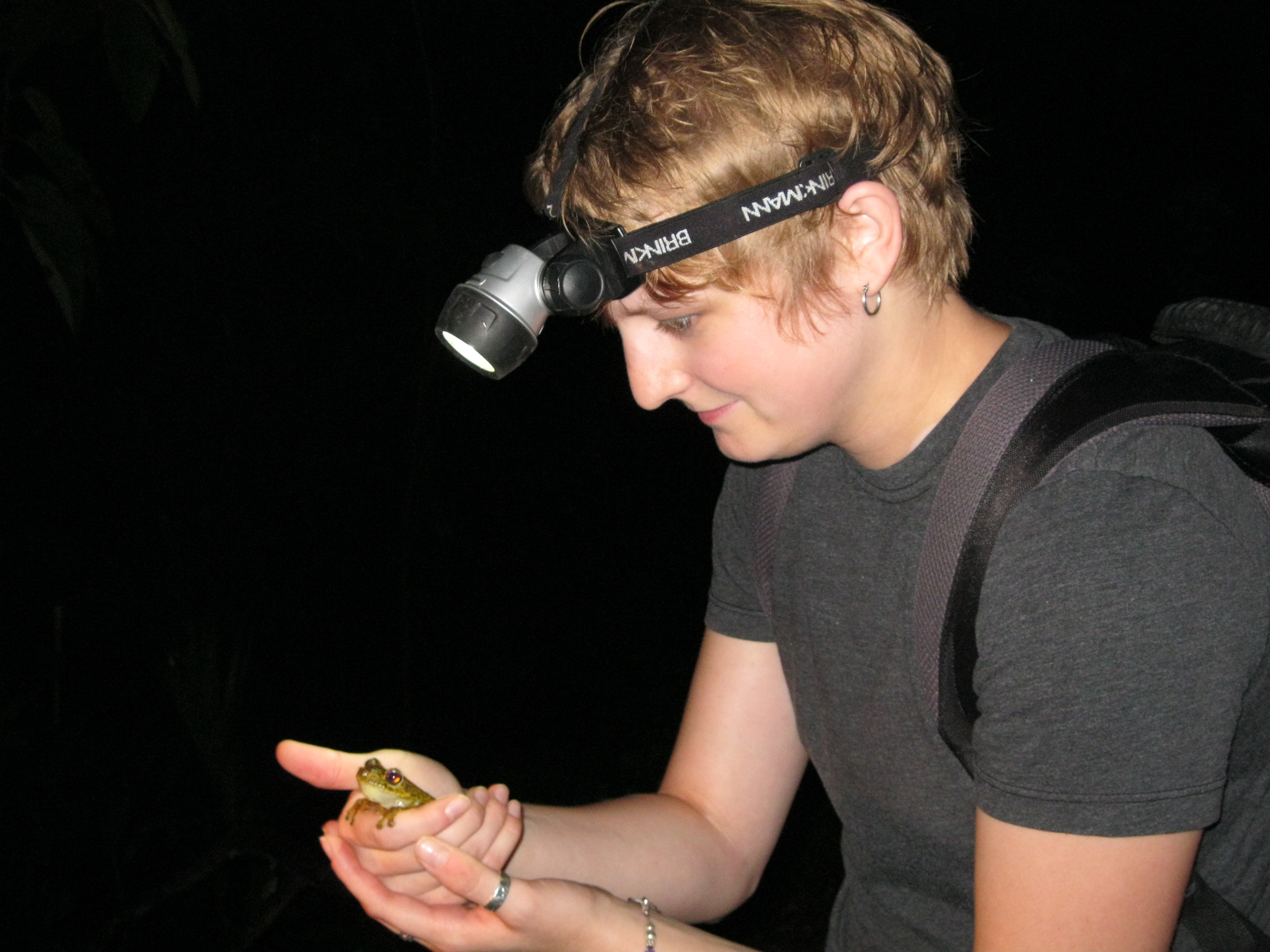 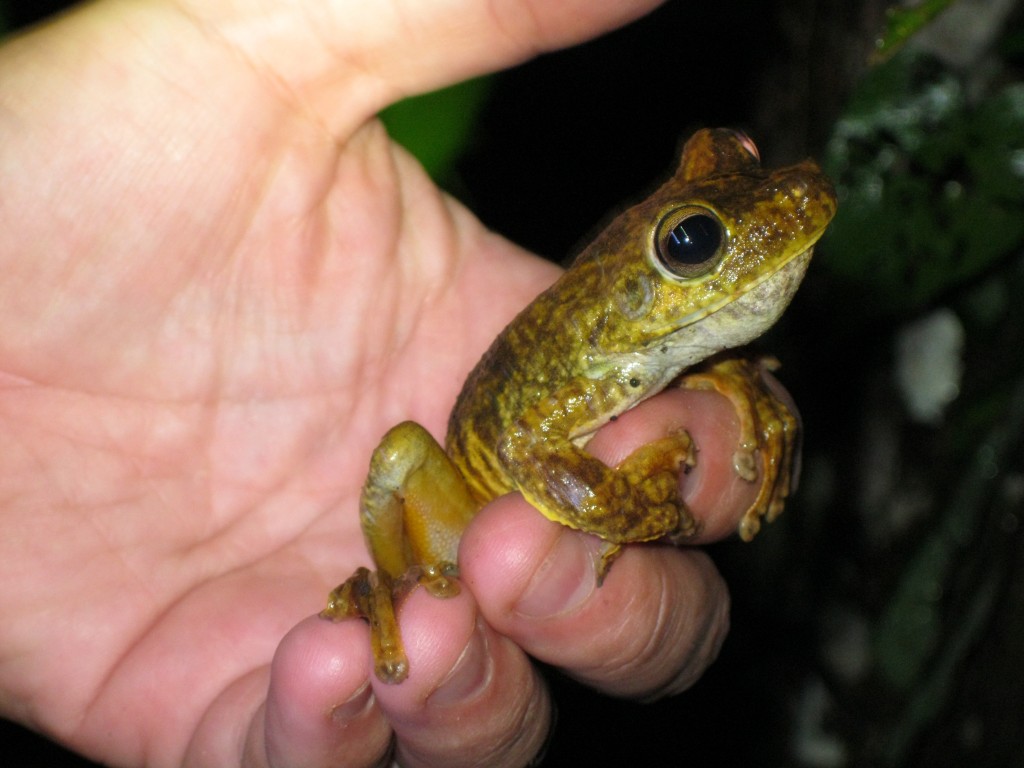 Try that tongue twister on for size. But in the world of the tungara frog, “chucking” is no laughing matter. The more a male can “chuck,” the more attractive he is to potential mates. This unique call, made only by males, is a sound the ladies love, says the Smithsonian Tropical Research Institute in Panama. But female tungaras aren’t the only ones that perk up to this unlikely siren song. Predators, such as the fringe-lipped bat, do, too. Could you imagine being hunted by a predator and a mate at the same time? Talk about a stressful predicament! But if they make it out alive, the male and female produce foam nests chock full of eggs that—protected from sunlight, disease and heat—will eventually hatch and carry on the “chucking” tune.