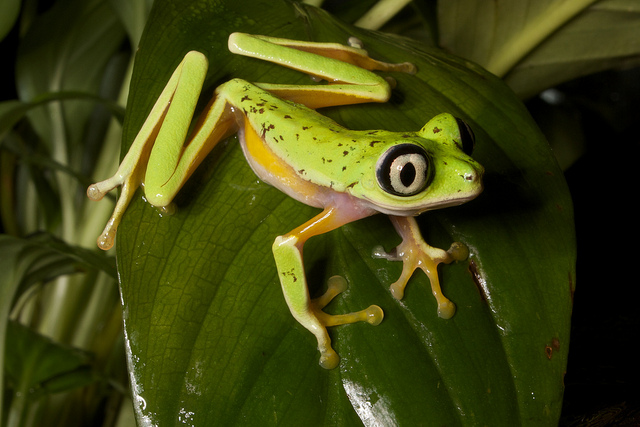 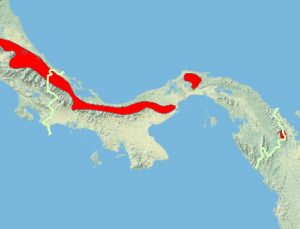 This species occurs in Costa Rica and Panama and Colombia. It is a nocturnal tree frog associated with humid lowland and montane primary forest. The eggs are laid on leaves and larvae drop into ponds when they hatch.

Status in the wild: This species was once common but has declined significantly throughout its range and is considered extinct in several sites where it formerly occurred. It is thought to be highly susceptible to chytridiomycosis.  This species is listed as a high priority for conservation in Panama’s National Amphibian Conservation Action Plan. 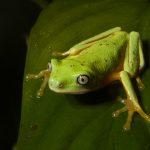 Status in captivity: A partial founding population of this species has been established for this species in Panama. A successful captive breeding program began in 2001 at the Atlanta Botanical Garden, which has since transferred individuals to 19 US zoos that continue these captive breeding efforts in the US.