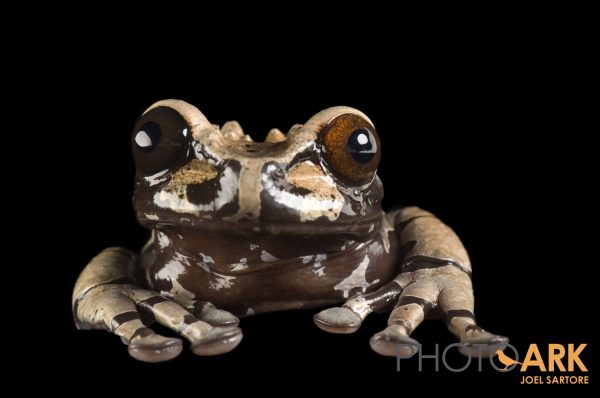 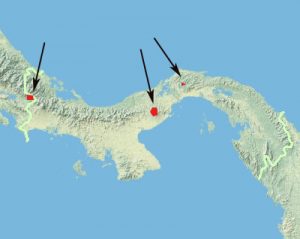 This species is found in eastern Mexico, eastern Honduras, central Costa Rica and central Panama, but has a very fragmented range. This species occurs in lowland rainforests and montane humid forest, where it lays eggs in tree holes and adults tend the young, laying unfertilized eggs for the tadpoles.

Status in the wild: This is a protected species in Mexico, and a high priority conservation species in Panama’s National Amphibian Conservation Action Plan. This species has disappeared from most upland sites in Panama and is thought to be susceptible to the amphibian Pathogen Batrachochytrium dendrobatidis that causes chytridiomycosis.

Status in captivity: An ex-situ population of this species is breeding in Panama, but the target founding population remains incomplete. Some individuals are maintained and bred at US zoos and aquariums but they are not managed as part of a species survival plan. The Costa Rican Amphibian Research Center has an in-situ effort to supplement natural breeding sites with artificial ones.