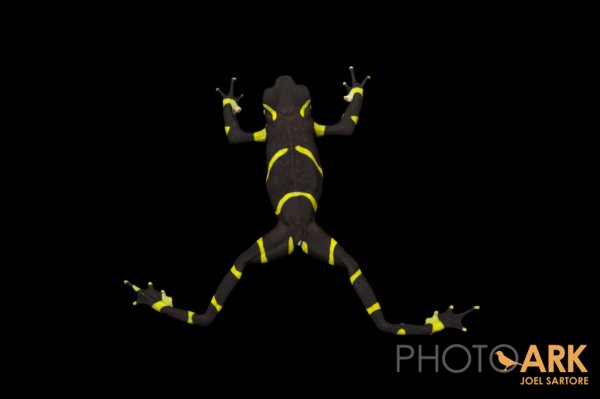 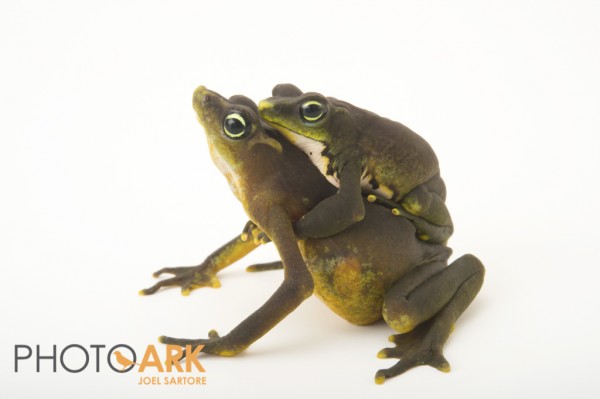 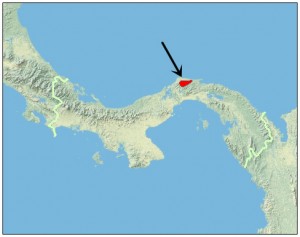 The Limosa harlequin frog is endemic to Central Panama and has two color morphs that are never found together in the same site. One morph is a plain brown frog with a yellow nose and finger tips. The second morph has a striking black and yellow chevron pattern. Females of both color forms have reddish bellies, while males tend to have white bellies with black markings.

Status in the wild: This species used to be locally abundant at sites where it was present, but has experienced severe chytridiomycosis-related declined at both upland and lowland sites. It is has largely vanished from former strongholds and is now extremely rare. The outlook for this species in the wild is very poor.

Status in captivity: We have collected adequate founding

populations of the chevron colored morph, we have met our goals to establish a secure founding population (>20 male and 20 female) founders, and have numerous first generation offspring. This species has bred well in captivity at the Gamboa ARC. The future outlook for the captive population of the chevron-colored morph is excellent. We have a few captive representatives of the brown color morph, and are managing them as a separate genetic line, and have bred them in captivity, but we do not have sufficient numbers for a secure founding population.