Enjoy this performance of “La Rana Dorada” one of four original songs by National Geographic explorer Jani Benavides of Jacana Jacana as part of the Atelopus Survival Initiative and National Geographic Meridian Grant meeting hosted by the Fundacion Atelopus and Re:wild in Sierra Santa Marta.

Construction of our new insect facility was completed and fire suppression systems installed. This new 1,600 square feet insectarium has two climate-controlled rooms that can be maintained at different temperatures, allowing a diversity of food items with varying sizes and nutritional properties to meet the needs of our diverse amphibian collection. A huge thanks to the STRI Office of Facilities and Engineering who oversaw this project and to the many individual donors, the Cheyenne Mountain Zoo, Zoo New England, the Houston Zoo, the Holtzman Foundation, the Shared Earth Foundation for enabling us to complete it.

Under the leadership of Nancy Fairchild and Jennifer Warren, our insect production capacity is now one of the incredible success stories of our project. There are no local sources of captive-reared insects, so we are 100% reliant on our own production and have redundant capacity to accommodate any unexpected changes in the populations of the various springtails, fruitflies, crickets, pantry moths, soldier flies, cockroaches and earthworms that we produce. This team has also conducted original research to develop gutloading propocols for springtails and demonstrated improved outcomes of juvenile frogs reared on this nutritionally supplemented prey, compared to their normal yeast-based diets.

There are more than 100 brightly colored Harlequin toads in the genus Atelopus, and 90% of them are threatened with extinction, and are highly susceptible to the deadly amphibian chytrid fungus. The Panama Amphibian Rescue and Conservation Project is working to save 5 critically endangered Panamanian Atelopus species from extinction and is part of a a larger global conservation effort called the Atelopus Survival Initiative. 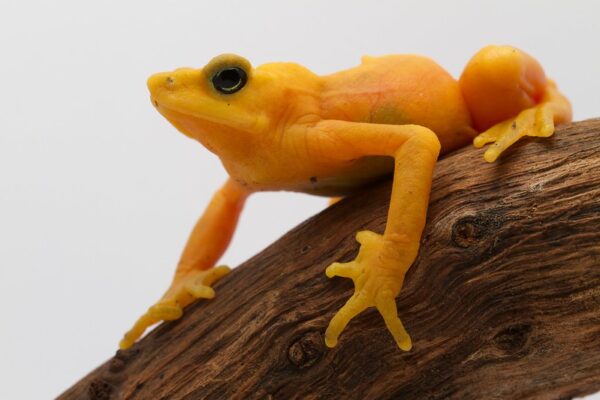 The Panamanian Golden Frog Atelopus zeteki is a national symbol of Panama, and one of the most recognizable harlequin frogs, but they are extinct in the wild. Fortunately this species breeds in 50 AZA zoos and aquaria and at the Panama Amphibian Rescue and Conservation Project. The National Zoo has conducted intense research efforts to develop a probiotic cure for the amphibian chytrid fungus, but these efforts have not been successful to date. 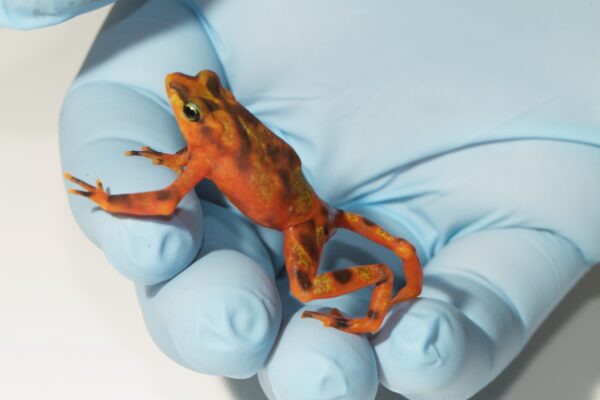 As its name suggests the variable harlequin frog  comes in lots of different colors, from solid gold like Panamanian golden frogs to brown, green or orange! This species is a very close genetic sister species to the Panamanian golden frog Atelopus zeteki, and both species are referred to as golden frogs. Atelopus varius that have survived the amphibian chytrid epidemic seem to have experienced recent migration or gene flow into their populations, indicating the potential for genetic rescue in this species. We are actively exploring this idea with a grant from Revive and Restore. 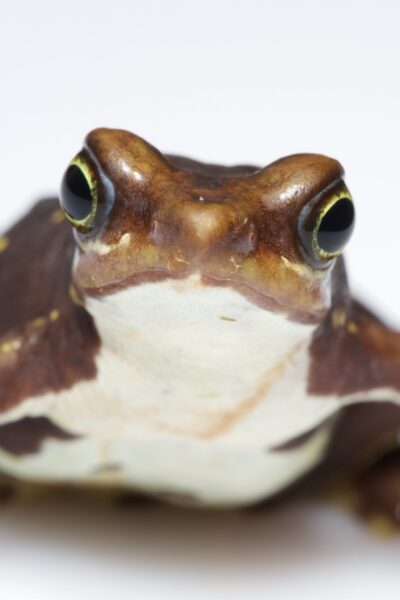 Some people call Atelopus the stub-foot toads because the etymology of word ‘Atelopus’ translates to “incomplete end of toe”. However, a more commonly used name for this group of animal is harlequin toads because their bright patterns and colors are reminiscent of a court jester costume. Atelopus are true toads because they are in the toad family Bufonidae and while they don’t resemble the more familiar brown, warty toad species, they do lay the double-stranded strings of eggs characteristic of toads. All toads are also members of the tail-less amphibian order Anura (Frogs), so sometimes they are also called harlequin frogs. 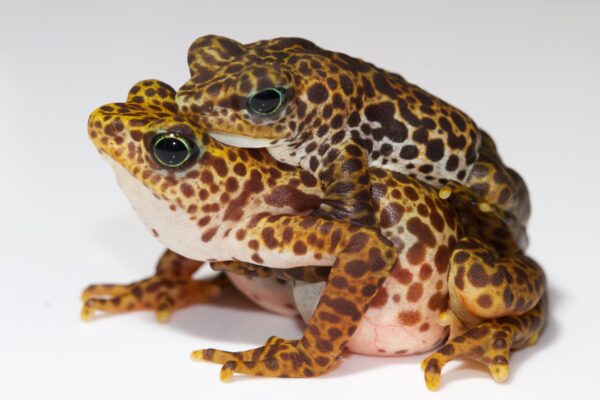 Male harlequin toads can be very clingy, hanging on to females for up to 100 days before they lay their eggs, it is a kind of mate-guarding behavior.  Egg laying can take 8-9 hours, and once the eggs have been laid the males swiftly lose interest and abandon the females fairly quickly. 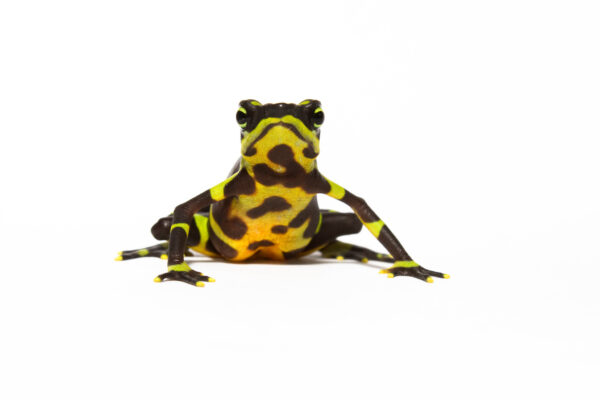 Limosa harlequin frogs are found in central Panama and has declined rapidly due to the amphibian chytrid fungus. Researchers at the Pamama Amphibian Rescue and Conservation Project and Virginia Tech conducted the first release trials for this species. We reared captive frogs and released them to understand how animals transition from captive conditions to the wild and attached tiny radiotransmitters to the frogs to understand where they disperse.

Recorded talk by Dr. Brian Gratwicke, international coordinator of the Panama Amphibian Rescue and Conservation Project presented as part of the virtual Golden Frog Festival for 2020. 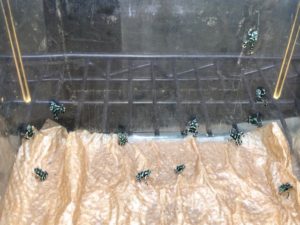 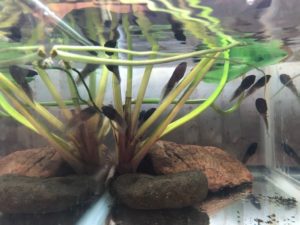 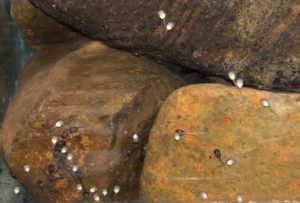 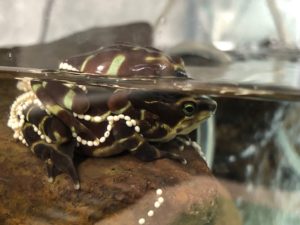 Tweet
In order to respond to the amphibian extinction global crisis, many initiatives to rescue endangered frogs and conserve biodiversity have been born. An example of that, is the Panama Amphibian Rescue and Conservation Project located in the Gamboa Rainforests. People may not know what we do or why we do it. But we are always there, working for the frogs, for biodiversity, for our planet. Watch this video made by PARC intern Michelle Castellanos. 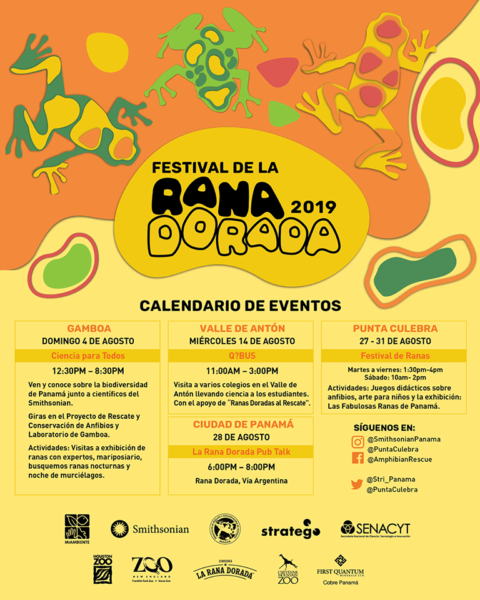 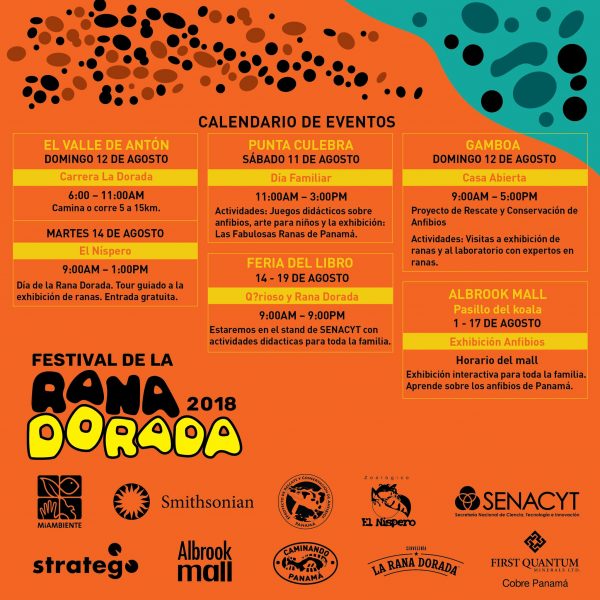 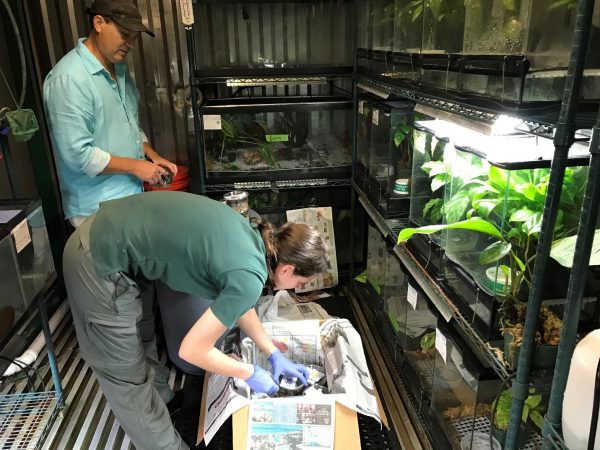 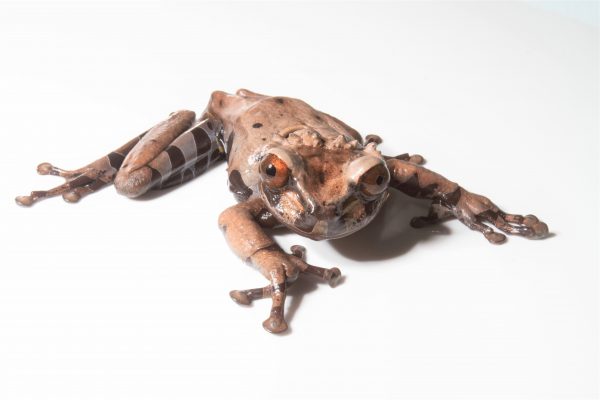 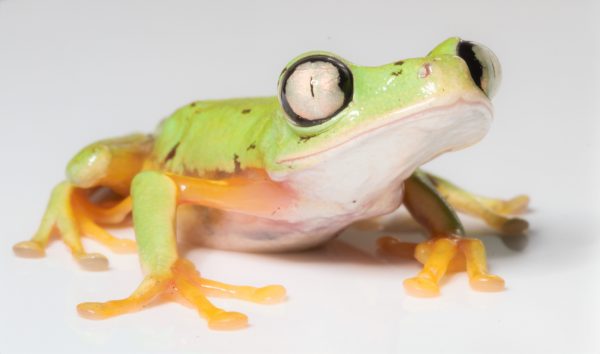 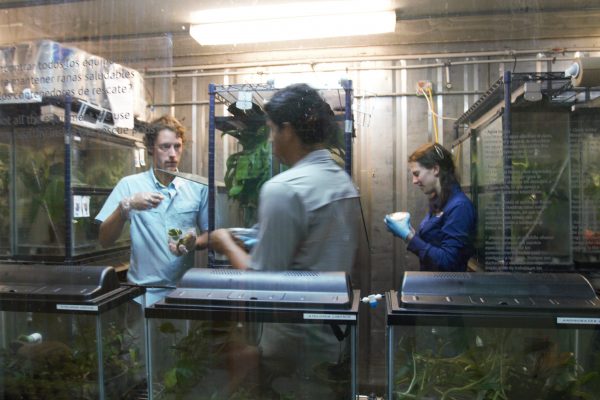 Join us on August 13 for the annual golden frog run hosted by Caminando Panama. More info on tickets here.