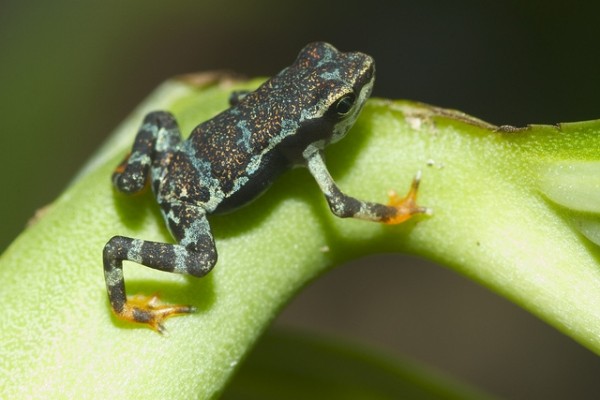 This frog is ready to brighten your day! With bluish stripes and yellow feet this Pirre harlequin frog (Atelopus glyphus) is especially striking. Adults are brown and look like they have had Jackson Pollack splatter them with yellow paint. This critically endangered frog is found in protected areas in Colombia and Panama. While Pirre harlequin frogs live in tropical forestland, their tadpoles stay in swift-moving streams. These tadpoles have large suckers that help them cling onto underwater rocks and graze on diatoms and stream algae.

The Pirre harlequin frog is one of the rescue project’s priority rescue species. The program started with 20 pairs that have now bred twice and we now house 75 juvenile frogs like the one above. The project’s goal is to reach 500 frogs total with representation from each founding pair of animals, as chytrid and habitat loss continue to decimate the population in the wild, making individuals difficult to find. Frogs from the Atelopus genus are among the most threatened in the world. 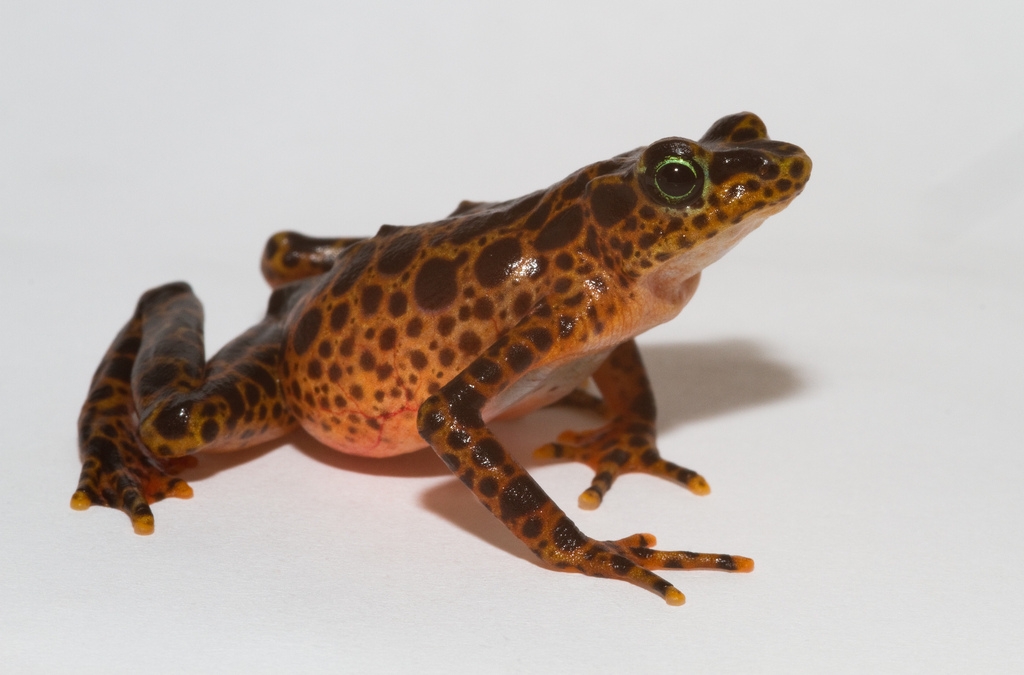 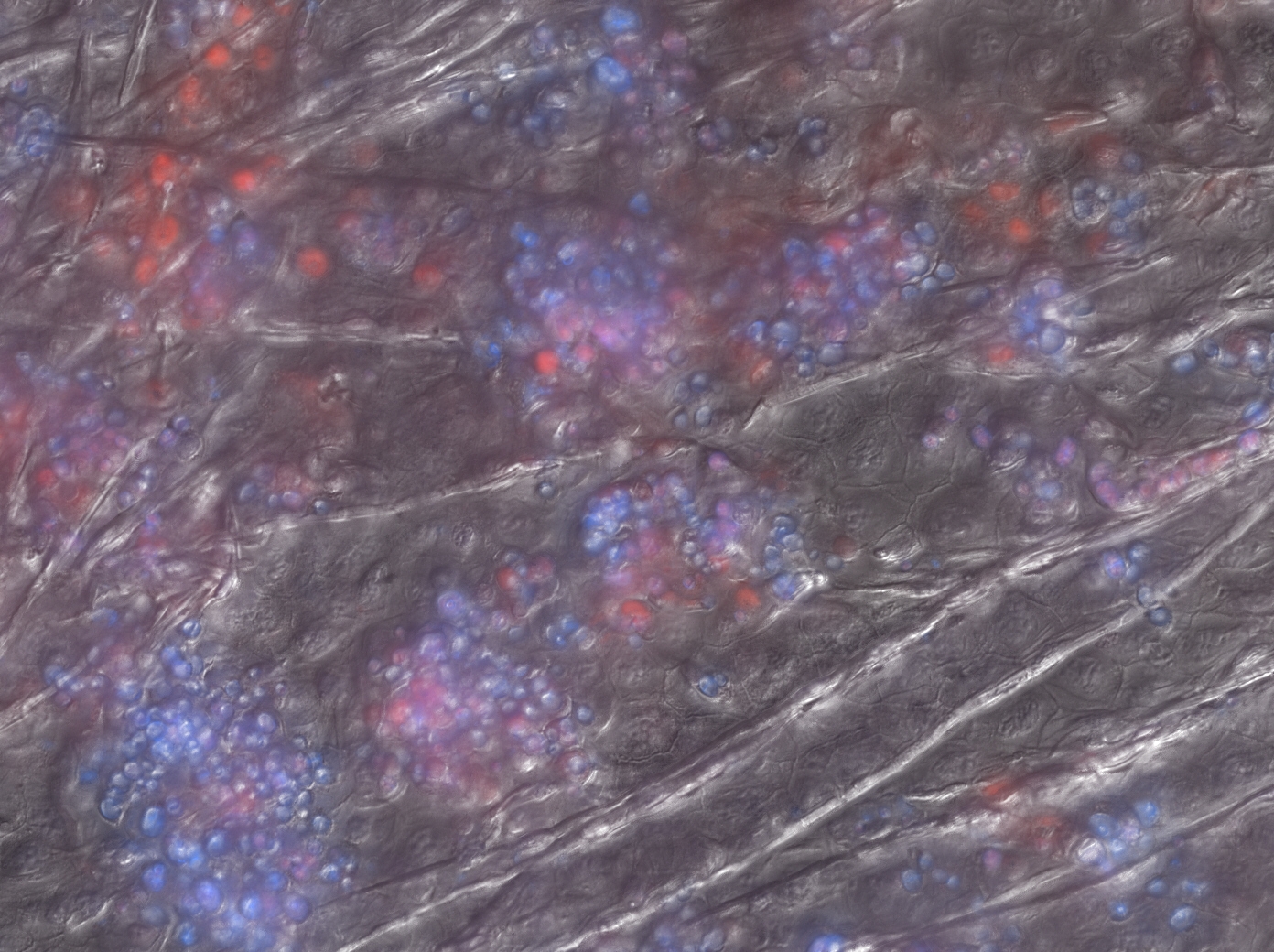 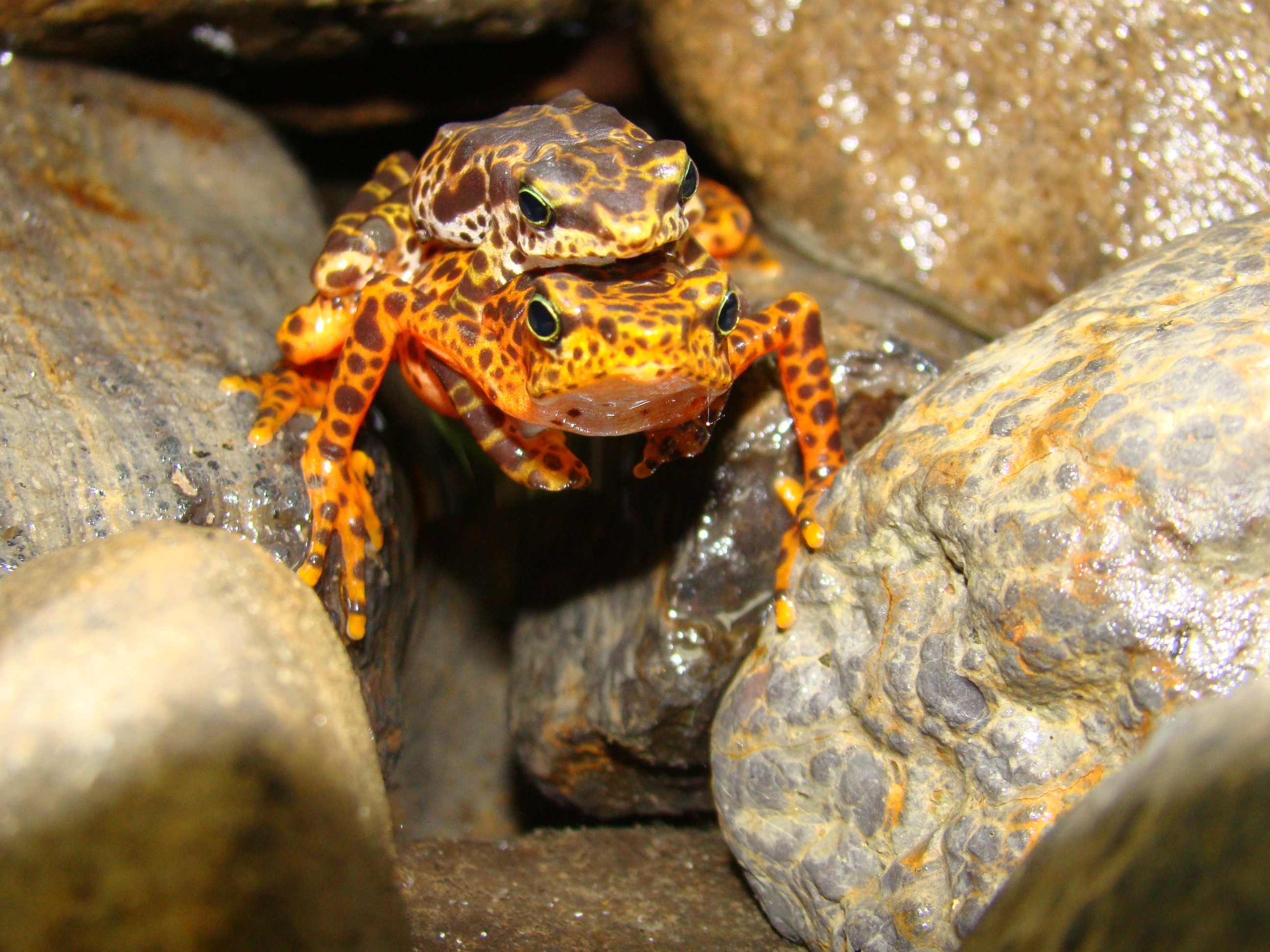 A pair of the project's Toad Mountain harlequin frogs (Atelopus certus) were in amplexus for about 100 days and recently produced a clutch of eggs. (Photo by: Jorge Guerrel, Panama Amphibian Rescue and Conservation Project)

We are glad to give you the latest update on what is going on with our frogs here at the Panamanian Rescue and Conservation Project at the Summit Zoo in Panama. And we are going to start with some great news: After almost 100 days of a very long amplexus (from the latin “embrace,” amplexus is a form of pseudocopulation in which a male amphibian grasps a female with his front legs as part of the mating process), we have our very first Toad Mountain harlequin frog (Atelopus certus) clutch!

This is huge news especially since A. certus is facing a very high risk of extinction in the wild and is classified as “endangered” by the IUCN Red List of Threatened Species. The Toad Mountain harlequin frog is an endemic species from the Darien region of eastern Panama and little is known about its reproductive and breeding behavior. From observations made here at the Summit Zoo in Panama, we have noticed some interesting behavior. For example, during amplexus, the male A. certus holds on to the female so tight that he won’t eat for three months or more. We are taking notes and paying attention to the smallest change in water quality and temperature in their tank to assure the largest number of juveniles possible. 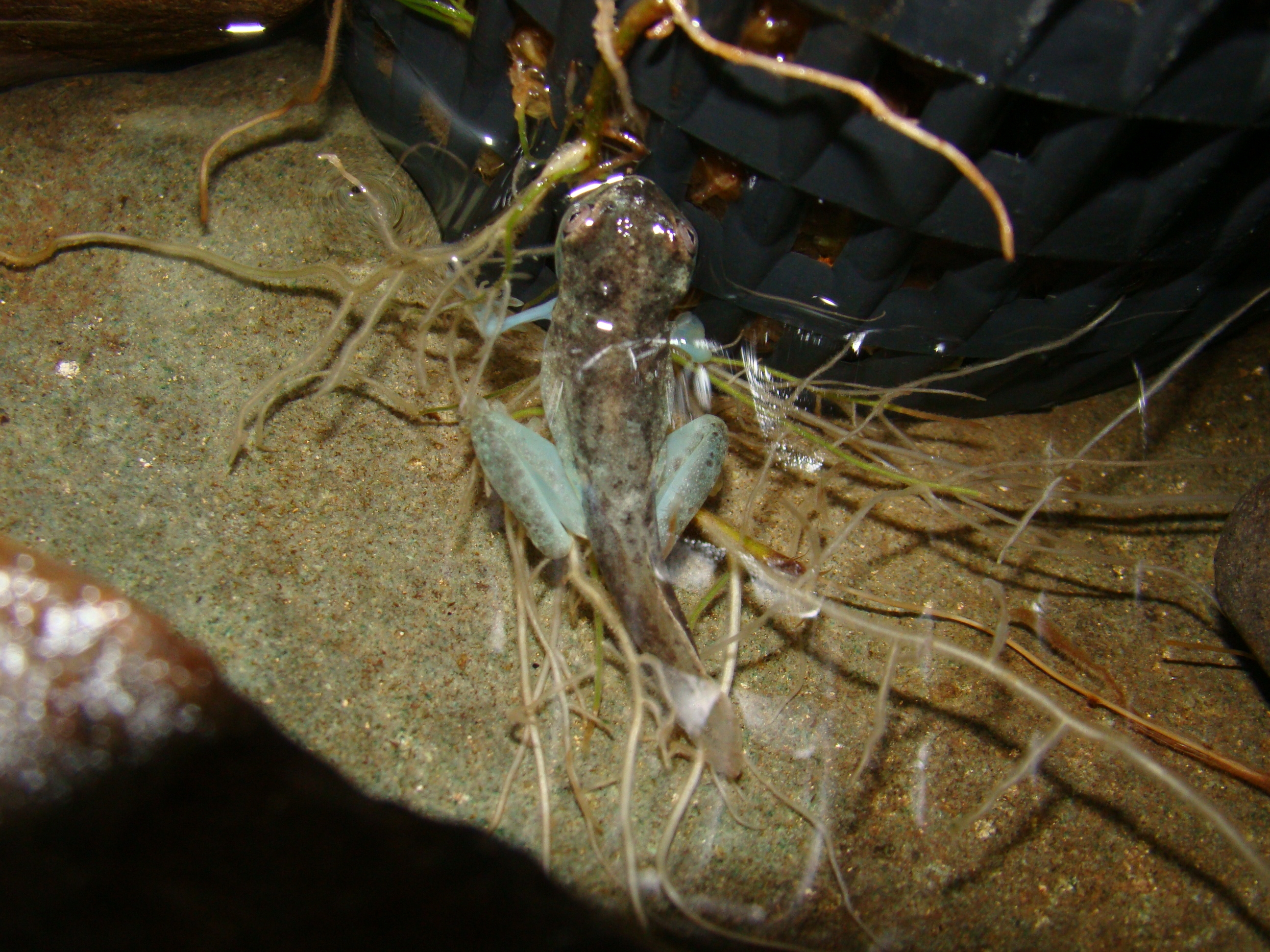 The rescue project is the first ever to successfully breed the La loma tree frog. (Photo by: Jorge Gurrel)

The rest of the group is doing just fine. The La loma treefrog (Hyloscirtus colymba) tadpoles are growing and some have fully developed legs, though we still need to wait until they come out of the water and absorb the tail to place them in their new individual tanks. The baby Limosa harlequin frogs (Atelopus limosus) are bigger and stronger–they have been eating lots of springtails and we are making sure that UV light is always available to them to prevent any bone disease.

The male adults are calling very often, especially early in the morning for our diurnal species, such as the Pirre harlequin frog (Atelopus glyphus). The rest of the harlequin frogs, H. colymba and our single male Bob’s robber frog (Craugastor punctariolus) call to attract their females throughout the night, particularly when is raining. We are also testing a few ways to feed the big C. punctariolus so we can offer them a variety of food as part of their diet.

Thanks to our collaborators and volunteers for all their suggestions and new ideas.

That’s all for now, but we will continue to keep you updated. Thanks for your support!