Is your volume turned up? Hear what this horned marsupial frog (Gastrotheca cornuta) has to say to Cheyenne Mountain Zoo’s Dr. Della Garelle during an exam at an Amphibian Rescue and Conservation Project breeding center in Panama. He sounds more like a baby than a frog! This uniquely vocal species is on the verge of extinction due to the chytrid fungus.

The female horned marsupial frog carries fertilized eggs in a pouch on her back and the eggs hatch as fully developed frogs! This particular species produces the largest known amphibian eggs. 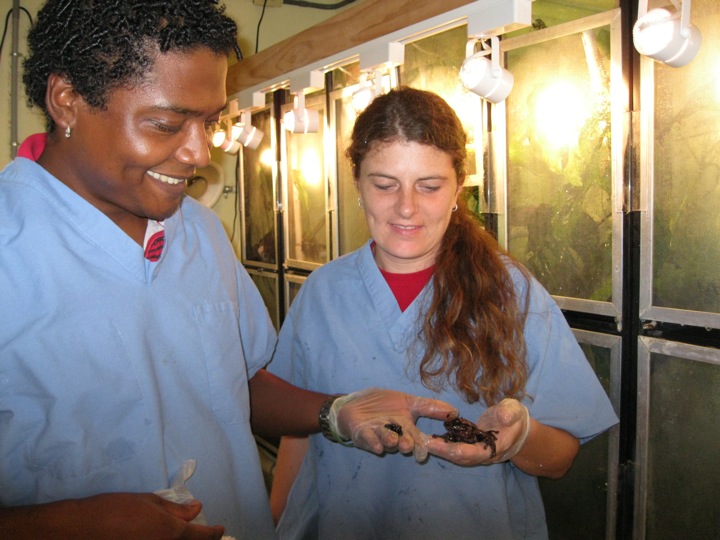 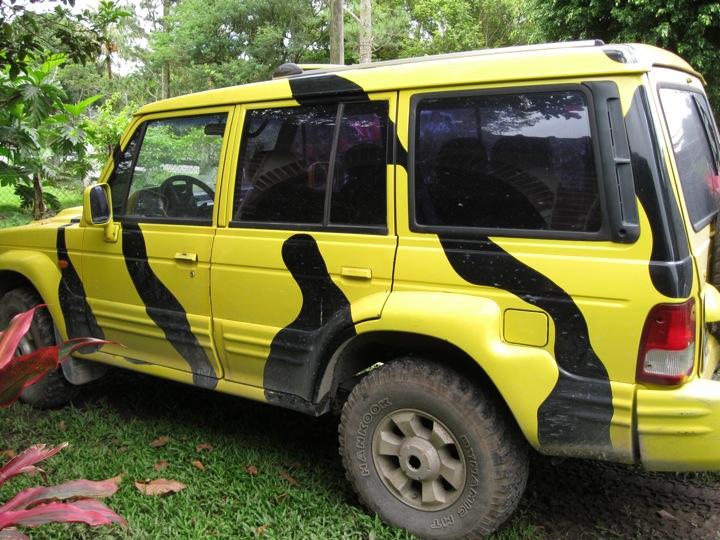 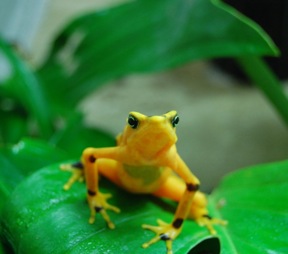