Panama is a biodiversity hotspot for amphibians with more than 200 species of frogs, salamanders and caecilians. For the past 20 years, however, many of Panama’s unique and endemic amphibian species have declined or disappeared as a result of the deadly chytrid fungus that has spread throughout Latin America and the Caribbean. In fact, a third of amphibian species in Panama are considered threatened or endangered. Amphibian conservationists around the world have been working to establish captive populations of the world’s most vulnerable amphibian species to safeguard them from extinction. 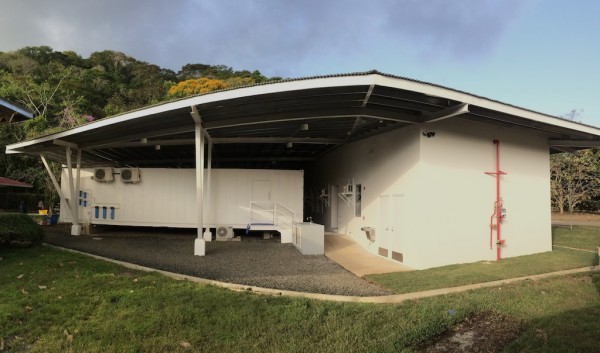 “Our biggest challenge in the race to save tropical amphibians has been the lack of capacity,” said Brian Gratwicke, amphibian scientist at SCBI and international coordinator of PARC. “This facility will allow us to do so much more. We now have the space needed to safeguard some of Panama’s most vulnerable and beautiful amphibians and to conduct the research needed to reintroduce them back to the wild.”

The center features a working lab for scientists, a quarantine space for frogs collected from the wild and amphibian rescue pods capable of holding up to 10 species of frogs. In the working lab, SCBI scientists will continue research focusing on things like a cure for chytrid. Seven amphibianrescue pods house the amphibian collection and colonies of insects needed to feed them. Amphibian rescue pods are constructed from recycled shipping containers that were once used to move frozen goods around the world and through the Panama Canal; they have been retrofitted to become mini-ecosystems with customized terrariums for each frog species. 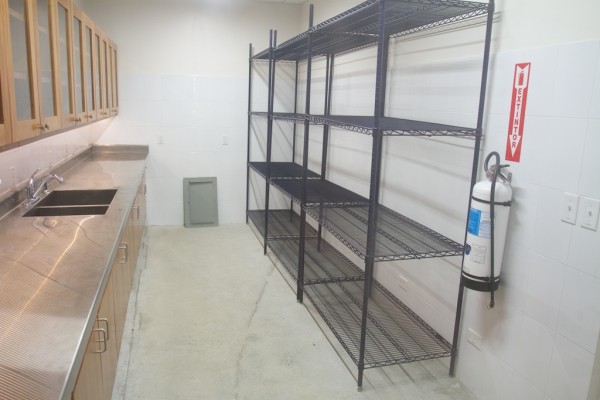 “Our project is helping implement the action plan for amphibian conservation in Panama, authored by Panama’s National Environmental Authority—now Environment Ministry—in 2011,” said Roberto Ibañez, STRI project director for PARC. “This is only possible thanks to the interest in conservation of amphibian biodiversity by the government of Panama and the support we have received from businesses in Panama.”

The new rescue lab will be crucial to ongoing breeding efforts and breakthroughs, such as the successful hatching of an Andinobates geminisae froglet. SCBI and STRI scientists hatched the first A. geminisae froglet in human care in one of the amphibian rescue pods at the existing Gamboa amphibian conservation center. The tiny poison frog species, smaller than a dime, was discovered and described for the first time in Panama in 2014. They simulated breeding conditions in a rescue pod. The new facility will provide much-needed space to grow and expand, allowing them to build assurance populations for many more species. A small exhibition niche provides a window directly into an active rescue pod, where visitors can see rescued frogs and scientists as they work to conserve these endangered frogs.

PARC is a partnership between the Houston Zoo, Cheyenne Mountain Zoo, Zoo New England, SCBI and STRI. Funding for the new facilities was provided by Defenders of Wildlife, Frank and Susan Mars, Minera Panama, the National Science Foundation and USAID.

As a research facility, PARC is not open to the public. However, there are interpretive panels and a window into the research pod where visitors can get a glimpse of the project in action. To learn more, the public is welcome to visit the new Fabulous Frogs of Panama exhibit at the Smithsonian’s Punta Culebra Nature Center, located on the Amador Causeway.