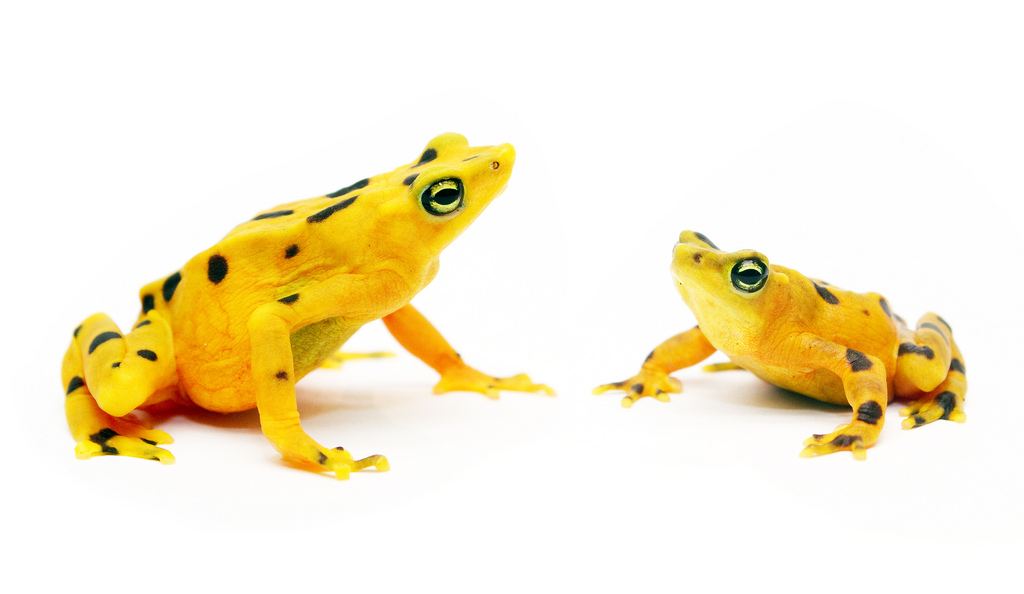 In 2010, the National Assembly of Panama passed a law that honors the significance of one of the most striking amphibian species, the Panamanian golden frog. That day is Aug. 14. (Photo by Brian Gratwicke, Smithsonian Conservation Biology Institute)

It’s National Golden Frog Day in Panama today and we’re celebrating here on the blog with some thoughts from the rescue project’s partners and other stakeholders about what the golden frog means to each of us individually, to Panama’s culture, to the ecosystem and to the world:

Adrian Benedetti, Smithsonian Tropical Research Institute
“The golden frog was the first animal to capture my imagination when I returned to Panama after living abroad for 12 years. The fact that this little animal had such a grip on local myth and legend makes it almost magical.”

Brian Gratwicke, Smithsonian Conservation Biology Institute
“I actively search for a little glimmer of neon-yellow peeking out from behind a rock every time I hike up a river in El Valle de Anton, but I’m always disappointed. I guess I’m chasing that same ecstatic rush that people get when they twitch a new bird species, or see a grizzly bear catching a salmon in Alaska. I think anyone who has seen charismatic wildlife in wild, natural landscapes where they belong can understand why it would be so thrilling to play a small role in bringing golden frogs back from the brink.”

In the market at El Valle de Antòn, you will see golden frogs by the thousands either as enamel-painted terracotta or on hand-carved tagua nuts. (Photo by Brian Gratwicke, Smithsonian Conservation Biology Institute)

Edgardo Griffith, EVACC
“The only reason golden frogs and other species are going extinct is because of us. We are the ones that created the problems they and their habitats are facing, so we are the ones that have to find the solutions. It is our responsibility big-time, especially because the more responsible we are with the environment, plants and animals, the more chances of survival the future generations of our own kind will have. In my opinion, saving wildlife today is the only way we have to assure the survival of our very own species.”

“I recognize that not all amphibians are physically beautiful, but I love them all and consider all of them master pieces of DNA. However, the Panamanian golden frog is indeed colorful, elegant and very wise. Knowing a little bit about their natural behavior makes me appreciate them even more. I think they are one of those things where Mother Nature just went overboard.”

Heidi Ross and Edgardo Griffith, EVACC
“The golden frog is the most significant, important and charismatic amphibian in Panama. It is part of our culture and a very important member of the amphibian community. From an ecological point of view, it is one of those species that is extremely susceptible to even minimal environmental changes. It is also a species that has been used as a flagship to conserve other amphibian species.” 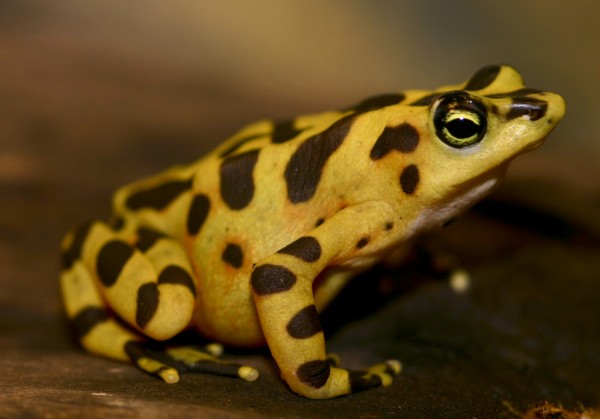 Panamanian golden frogs are extinct in the wild, but a number of zoos have successful breeding programs that aim to keep the species alive. (Photo by Brian Gratwicke, Smithsonian Conservation Biology Institute)

“To witness an entire population disappear is just devastating, and heartbreaking. Now every time we go back to the sites where we used to work with golden frogs, all we do is remember where we used to find them and imagine what it would be like to hear their characteristic whistle-like call again. But after a few hours of not finding them, or hearing them at all, a horrible feeling of void and silence fills us up. This is the time to get out of there. In other words, it is sad, very sad to know that they are all gone now, just like living the worst day of your life over and over again. That is how it feels to go to the field now. They are some of the many ghosts of the stream now.”

Mason Ryan, University of New Mexico
“This frog is such an important symbol to Panama and now the entire conservation community that saving them is our responsibility. They are colorful, have neat behaviors, and are overall captivating. Future generations should have the joy and wonderment of seeing these frogs.”

“I spent five years looking for a closely related species in Costa Rica, the Harlequin frog, and never found one. I never dreamed I would have the opportunity to see any frogs of the genus Atelopus. But then I started my first field season at El Cope with Karen Lips. Early in the season we were walking one of the main streams in the park and there it was. An adult golden frog hopping along the bank of the stream. It was a magical experience to see this golden frog with block spots in real life! I am pretty sure I was smiling the next two days. It was a dream come true to see one of these animals in its natural habitat. Over the years I saw dozens more and never tired of seeing them. I’ll never forget that first one.”