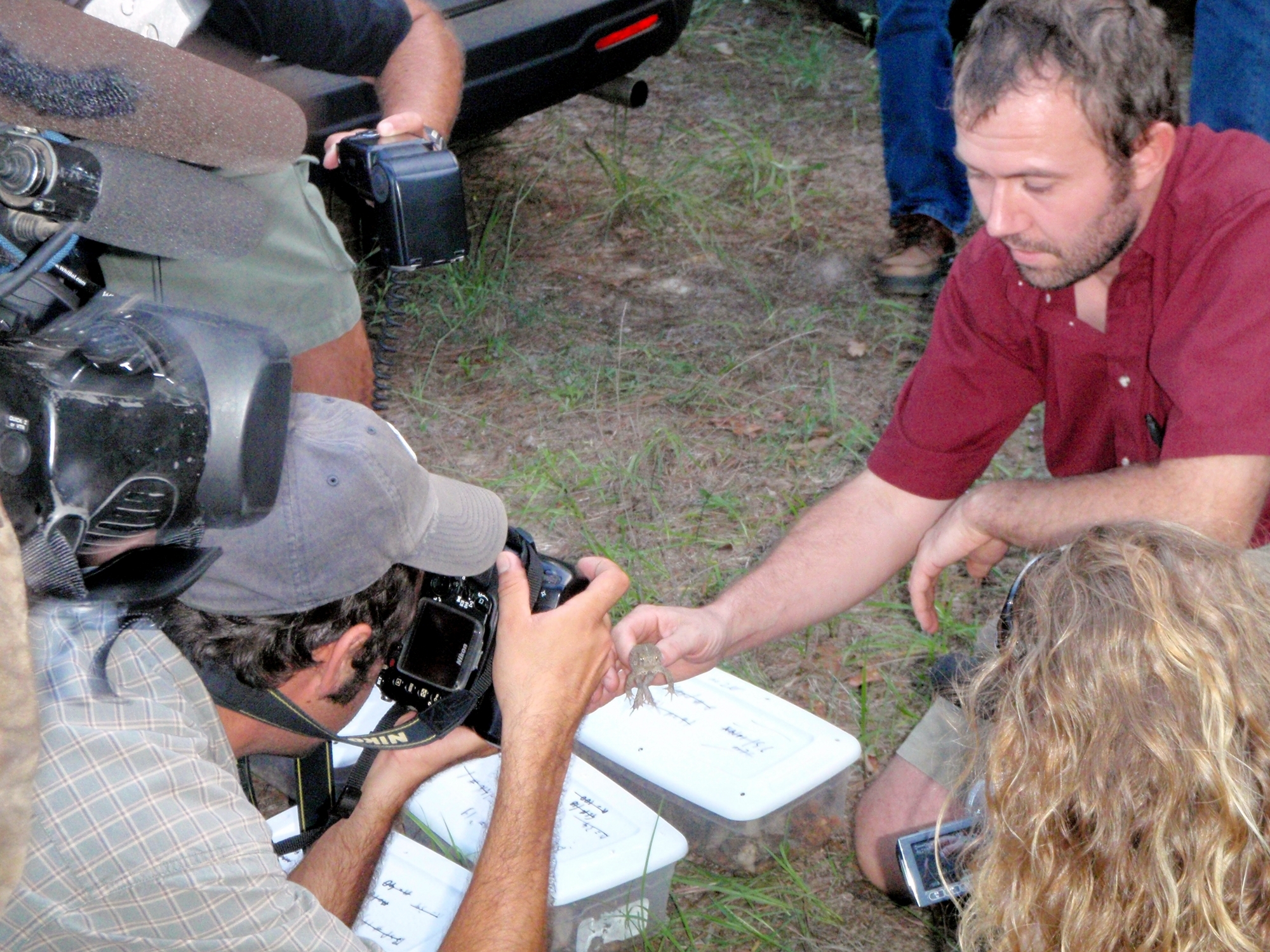 Sixty years ago John Wottring, an amateur herpetologist, and Ottys Sanders described Bufo houstonensis, the Wottring Toad, what is now popularly known as the Houston toad.

In the 1960s the toad disappeared from the Houston area as its historic range was taken over by tract housing and commercial development and an extended drought.

In 1973 it was included in the passing of the Endangered Species Act, likely one of the first amphibian species in the United States, maybe even in the world, to be recognized as declining.

Fast forward to the summer of 2011 and we find that the Houston toad is again threatened by an extended drought and a devastating wildfire that consumed thousands of acres in the toad’s primary habitat, a state park near Austin, the state capitol.

The partners in the Houston toad recovery project, the Houston Zoo, Texas State University, the Environmental Defense Fund, U. S. Fish and Wildlife Service, and the Texas Parks and Wildlife Department, are working to assess the impact from a wildfire in early September that incinerated almost 55 square miles near Austin, destroying more than 1,500 homes and taking two lives.

The level of destruction was shocking and stunning. Major wildfires had been seen in the area in the early 1900s. But none approached the scale of the fires in September.

It will be weeks before the recovery team has an estimate of the impact of the wildfire on the habitat and the toads.

As the wildlife impact is assessed this fall, the Houston Zoo Houston Zoo toad team will develop “assisted reproduction” techniques to get Houston toads to breed reliably and in large numbers. These procedures will then be used to keep the captive assurance colony alive and genetically healthy, and when the time comes, to produce hundreds of thousands of toads for reintroduction.

While the future of the Houston toad in the wild may have dimmed due to the wildfire impact, there is hope. Always hope.  Segments of habitat remain and could be used to bolster the area’s toad population. As Texas State University biologist Dr. Michael Forstner told Houston Chronicle reporter Shannon Tompkins: “They’re pretty tough little guys. As a species, they’ve lived here a long time. This kind of thing has happened before and they’ve recovered. But it’ll be decades before we know all the impacts of this fire.”