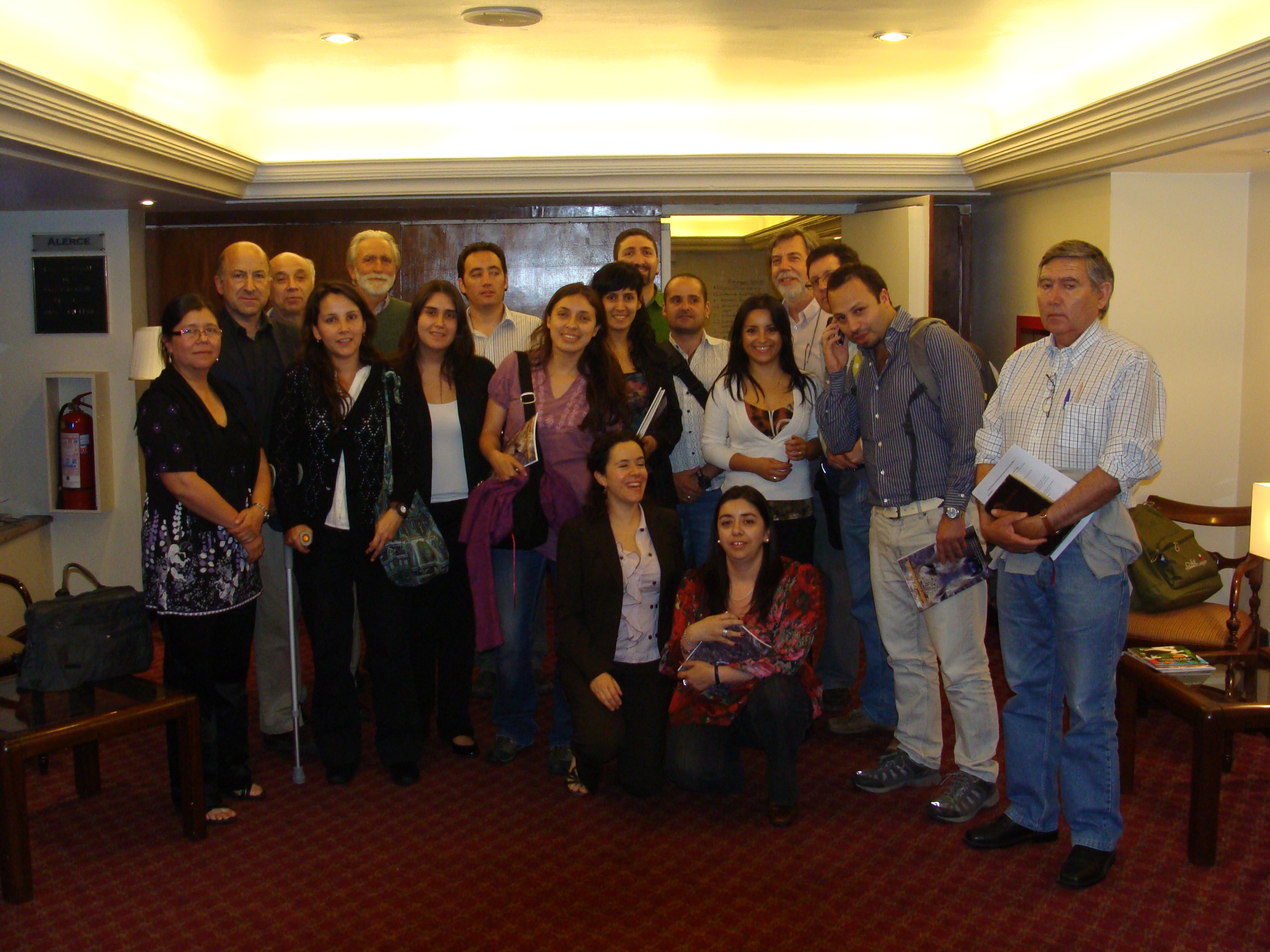 Frogs all over the world are in trouble as the result of a number of challenges: Habitat destruction, over use, pollution, and as we all know, chytrid.  All of the rescue project’s partners are working on multiple fronts to save the frogs.

Defenders of Wildlife has zeroed in on the plight of the Chilean frog. This little green giant lurks in the temperate forests of Chile but it’s becoming increasingly difficult to find.

The Chilean frog (known variously as Calyptocephalella gayi and Caudiverbera caudiverbera) is able to mask its relatively massive girth in the trees of the Andean foothills, thanks to its knobby back and splotchy verdant skin. But this nifty camouflage isn’t enough to save it from over-collection by locals who both eat the frog and sell them illegally to other countries.

What’s worse, Chilean frogs are losing habitat quickly in central Chile where growing urban centers are pushing the creatures out of their native homes. Agricultural runoff and other forms of water pollution also threaten the frogs’ ability to survive. 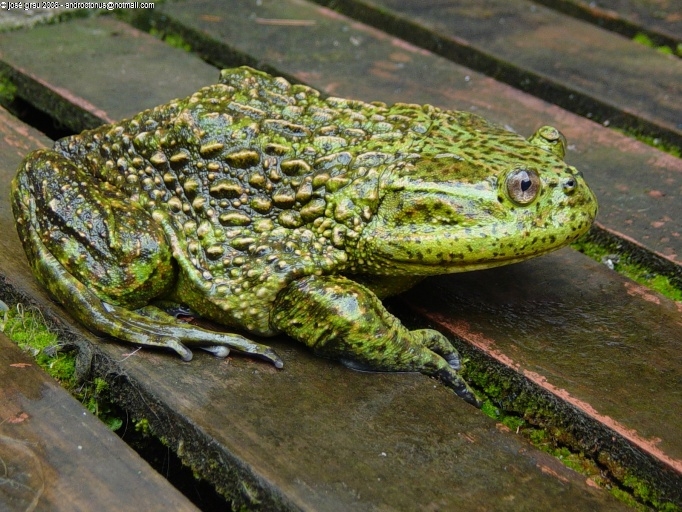 Chilean frogs have seen a 30 percent decline in the population over the last ten years. (Photo courtesy of Jose Grau, Puerto Montt)

The result is a 30 percent decline in the population over the last ten years—an alarming drop-off that could spell disaster for this endemic species in the coming decades. Climate change could further accelerate their demise by raising water temperatures just a few degrees above what these cool-water creatures can tolerate.

Fortunately, the Chilean government has taken notice and is now enlisting conservation experts and biologists to come up with a plan to save Chilean frogs. The frogs were given “vulnerable” status by the Chilean government in 2008 and are already on the IUCN Red List, but no formal conservation plan has been adopted. Having such a plan in place is a requirement for listing under Appendix III of CITES, a move that would put a legal requirement  on foreign trade and help raise awareness.

About 30 government officials and biologists from both academia and national zoos joined Alejandra to share ideas about how to conserve their Chilean frog. The group recommended changes to agricultural laws to limit water pollution and identified needs for further research and education. Officials from the Chilean agriculture ministry will use the information gathered from the workshop to write a conservation plan to be submitted to the CITES Secretariat.