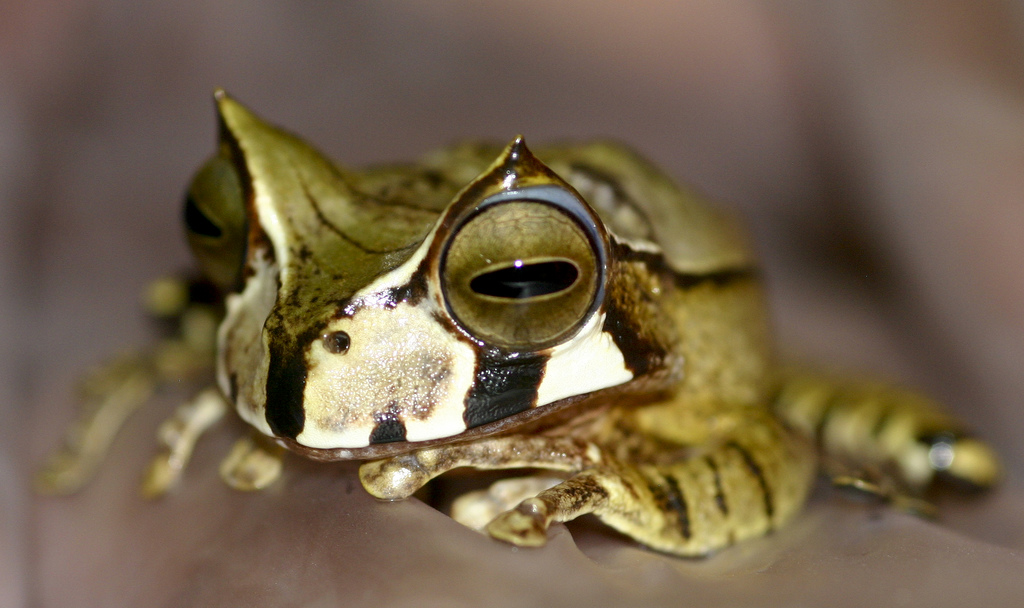 When most people hear the word “marsupial,” images of leaping kangaroos and climbing koala bears immediately come to mind. Unlike these mammals, however, a horned marsupial frog (Gastrotecha cornuta) mom carries the weight of motherhood on her back—literally. After she lays eggs, her mate fertilizes them and gingerly places them in a stretchy pouch atop her back. Safely tucked away, their babies incubate, feeding off nutrients in the eggs and growing (…and growing! According to the IUCN, horned marsupial frogs have the largest amphibian eggs recorded, relative to body size). The young hatch while still in the pouch and emerge not as tadpoles, but as fully-formed froglets!

Native to the forests of Columbia, Ecuador and Eastern eanama, these endangered frogs’ populations are dwindling due to the rapid spread of chytrid fungus. Thanks to the efforts of the Panama Amphibian Rescue and Conservation Project, scientists at the Atlanta Botanical Garden in the United States, El Valle Amphibian Conservation Center  and the Summit Zoo (both in Panama), have had success breeding future generations of these hard-working momma and papa frogs.

And check out this great BBC video about a marsupial frog in the same family!