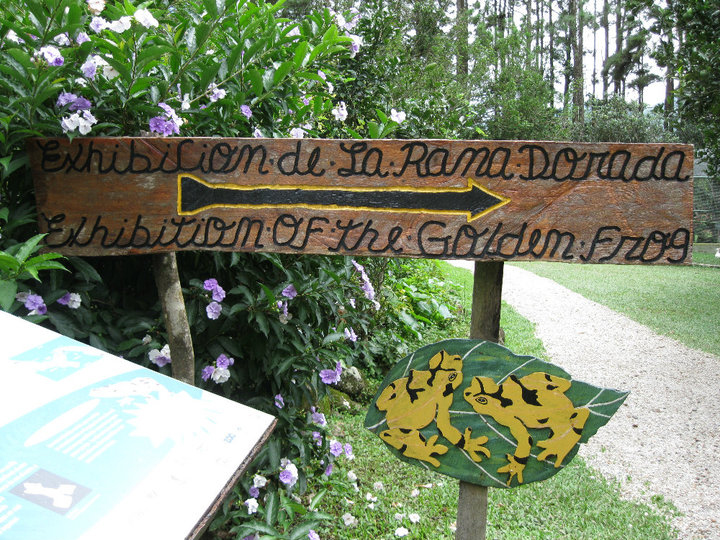 Five years ago, a small contingent of Houston Zoo staff arrived in the El Valle region of western-central Panama.  The group was made up of biologists, zoo keepers and members of the Zoo’s facilities department.  The diverse group had one common goal–create a facility on the grounds of the El Nispero Zoo that would serve as a living repository to prevent the extinction of the threatened amphibian species of El Valle.

Unfortunately, amphibian chytrid arrived in the region earlier than anticipated.  While construction of what would become the El Valle Amphibian Conservation Center, or EVACC, proceeded, temporary facilities were developed at a nearby hotel as a staging site for a rapid response rescue program.

On September 8 of this year, at the Association of Zoos and Aquariums 86th annual conference, the Houston Zoo received the AZA’s Top Honors 2010 International Conservation Award, the AZA’s highest level of recognition, for its leadership in establishing the El Valle Amphibian Conservation Center (EVACC) in western-central Panama.

The award carries the name of the Houston Zoo and recognizes the broad support for the effort that involved every area of the Zoo.  But EVACC could not have been realized without the support of more than a dozen contributing institutions including Amphibian Ark, Atlanta Botanical Gardens, BREC’s Baton Rouge Zoo, Buffalo Zoo, Cleveland 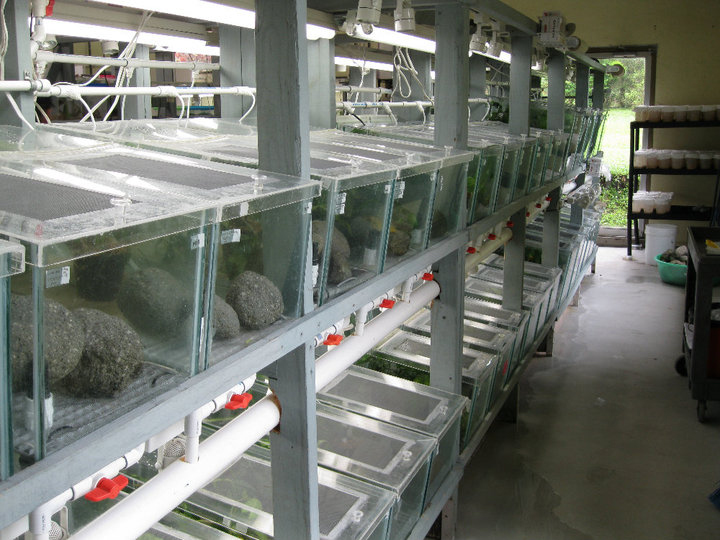 EVACC is the home to more than 60 species of frogs. (Photo by: Lindsay Renick Mayer, Smithsonian's National Zoo)

Today, the public exhibition area of EVACC, which opened in April of 2009, exhibits 23 ambassador species amongst an immersing mural depicting the mountainous cloud forest of El Valle. A center exhibit features Panamanian golden frogs and a stream habitat reminiscent of their natural home in Panama. In fact, this exhibit is the only place in the country where Panamanians can view their cultural icon.

The EVACC project has reached a wide and demographically varied global audience. It is estimated that at least 10 million people have heard about the global amphibian crisis through the context of EVACC.  It’s an enduring example of the impact of teamwork by dedicated zoo professionals.