The 2014 Panamanian Golden Frog celebrations will be held in Panama City and El Valle de Anton. The festival, now in its fourth year, celebrates the iconic Panamanian Golden frog while highlighting the amphibian’s unique, cultural role in Panama’s history. Communities across the country will engage in activities and events in hopes of preserving Panama’s national treasure. 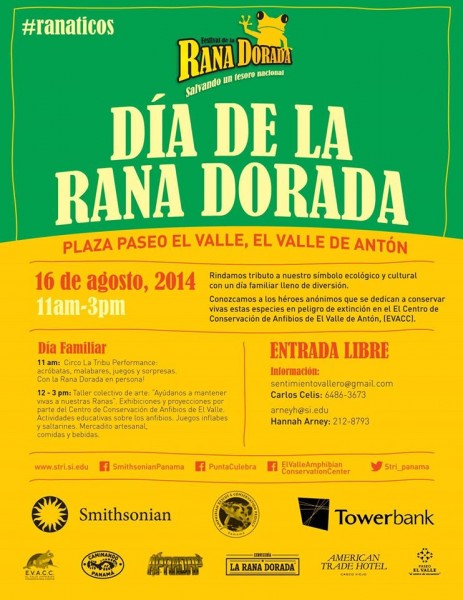 The festival, scheduled to be held August 9-17, 2014, kicks off with a series of instructor workshops for five schools in El Valle de Antón. Teachers will introduce a new amphibian curriculum and Clubes de Ranas (Frog Clubs) will be launched in the schools. Shortly afterwards, the Punta Culebra Nature Center will feature new educational activities promoting frog conservation in 24 school groups, that’s over 600 students!

Adults have no need to despair; schoolchildren will not be the only ones having fun during the festival. There are several events planned for adults and professionals, including talks with STRI scientists, a performance by the theatrical group “Tribu,” and a demonstration by a very talented indigenous artisan who specializes in frog sculpturing. 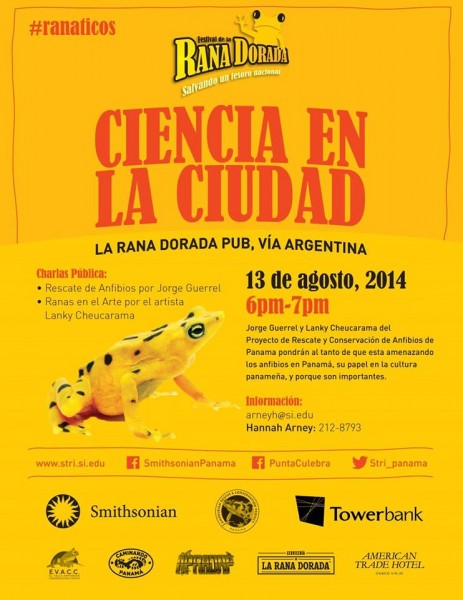 Some events to look forward to include the Ciencia en la Ciudad (Science in the City) talks held by two of the proud sponsors for the festival. One talk will be held in the historic district of Casco Viejo at the American Trade Hotel and another talk will be at the Rana Dorada Restaurant. 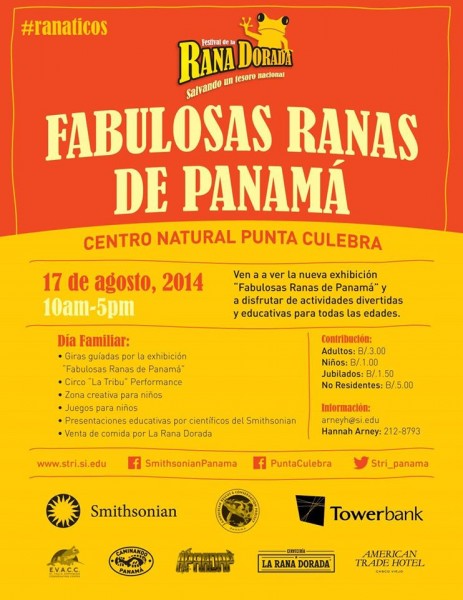 Perhaps the most exciting event will be the launch of a new amphibian exhibit and education program at the Punta Culebra Nature Center! STRI is very pleased to coincide this year’s festival with the launch of the new exhibit, “The Fabulous Frogs of Panama.” The amphibian exhibit features several species of frogs and toads found in Panama. Ribbon cutting ceremonies are scheduled on August 14, 2014 the National Golden Frog holiday.

Finally, for the runners out there on August 24th we have a 5K / 15 K trail run in El Valle de Anton. 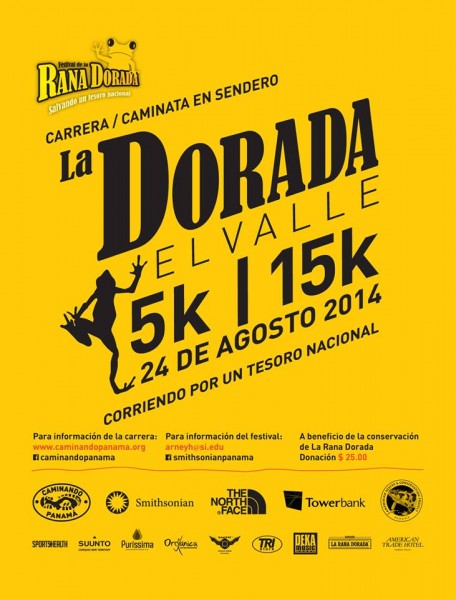 Festival coordinators expect the festival to attract over 8000 participants this year. So make sure you are there to experience the events for Panama’s national cultural and biological treasure!

Keep up to date with our event page on facebook