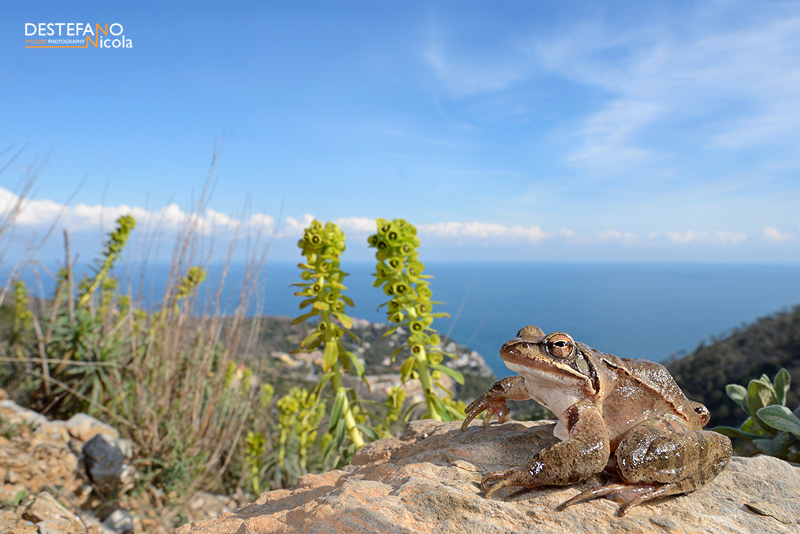 How’s that for a view? The Agile Frog Rana dalmatina, (c) Nicola Destefano

If you want to see the agile frog live up to its name, just try catch one! This wily creature can jump for distance (2m) and height (1m).   Found throughout most of Europe, this species can be abundant in forest glades in deciduous forests where it is found. It is listed as least concern by IUCN, but evidently it’s acrobatic skills are no match for cars and it has been declining at some sites due to road-kill, conversion of forest habitats to agriculture and eutrophication.  The Durrell Wildlife Conservation Trust has been running a conservation project on this species which declined precipitously on the Island of Jersey in the 1980’s.