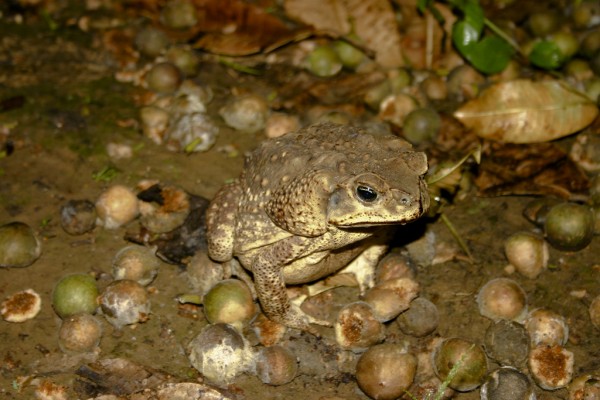 “Peep. Peep. Peep.” It’s this distinctive call that gives a tiny frog the name spring peeper (Pseudacris crucifer). Since the frogs are one of the first to emerge from their winter hideouts in New England, it’s one of the first and most distinctive signs of spring. For many, it’s enough to just listen to the chorus of hundreds of frogs around a vernal pool, but did you know that you can be part of an important scientific project too?

Citizen science is a way that scientists can involve average citizens who have no formal science training in what can be very complicated scientific work. Some notable examples from recent years include SETI@home (looking for extraterrestrial communications), GalaxyZoo (categorizing galaxies) and FoldIt (a game to improve protein folding simulations).

One of the oldest citizen science projects still running today is the National Audubon Society’s annual Christmas bird count. Every year since 1900, bird enthusiasts from around the country have gathered and counted every bird they can find in the early winter. This data is easy for anyone to gather, but the geography covered and sheer mountain of data collected allow scientists to assess the health of many bird populations that they would otherwise be unable to study.

Frogwatch USA is a similar project run by the Association of Zoos and Aquariums (AZA). Its goal, much like the National Audubon Society’s annual bird count, is to monitor frog populations across the country. More than 10,000 Frogwatch USA volunteers helped monitor 7,872 sites from 1998-2010. There are volunteers from every state, the District of Columbia, Puerto Rico, and the U.S. Virgin Islands. It is truly a national amphibian survey.

The 2010 Data Summary shows how valuable all of this citizen scientist help can be. Using the data gathered, researchers will be able to better establish species ranges. For instance, the spring peeper (mentioned above) is considered an eastern species, rarely found west of the Mississippi River. Some volunteers observed them as far west as Missouri and Texas, farther west than previously thought!

Citizen science is meant to be easy for the average person to get involved, and Frogwatch is no exception. Local chapters hold training and information sessions annually in late winter or early spring. Then, when you’re sitting out by that vernal pool, listening to the chorus of frogs, jot down what you’ve heard and report your observations. It’s that easy.

Now that you know how to be part of a burgeoning frog research study with little formal training, what are you waiting for? Hop to it!

To get involved in Frogwatch USA or find a local chapter, visit the AZA’s webpage at http://www.aza.org/frogwatch/

To brush up on the frog calls in your local area, the US Geological Survey has a great quiz here: http://www.pwrc.usgs.gov/Frogquiz/