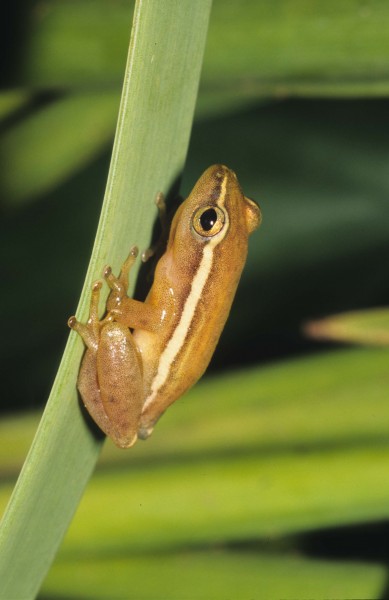 The Pickersgill’s reed frog is native to South Africa, from the wetlands of the KwaZulu-Natal Province. It is a small frog with a unique color changing trait that marks its growth and development. The Pickersgill’s reed frog juveniles are light to dark brown coloring and a dorsolateral stripe. As they mature, the skin becomes bright green, yellow and white. Confined to a small area of residence, the Pickersgill’s reed frog is encountering many threats to its current habitat. Urbanization, habitat fragmentation, afforestation and pollution are among only some of the problems contributing to the decrease of this species. Due to this loss, it is listed as Critically Endangered on the IUCN’s Red List of Threatened Species.