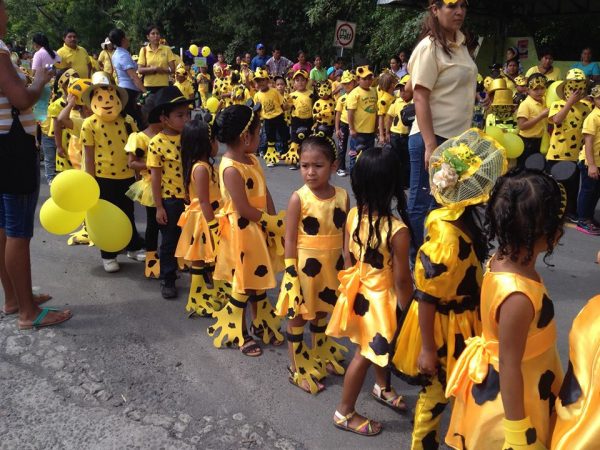 Each year around August 14, the streets of El Valle de Anton in Panama fill up with golden frogs. Though they’re not the real amphibians—the Panamanian golden frog is extinct in the wild—school-age children dress up as the animals in a spirited celebration of what has become a popular national holiday: Panamanian Golden Frog Day.

“Panamanian Golden Frog Day is about being thankful for the gift of life that we are able to experience each and every day,” says Katie Uckele, a volunteer at Punta Culebra Nature Center, one of the participants in the celebrations. “The Panamanian golden frog reminds us to cherish the gift of life and celebrate biodiversity in the world.” 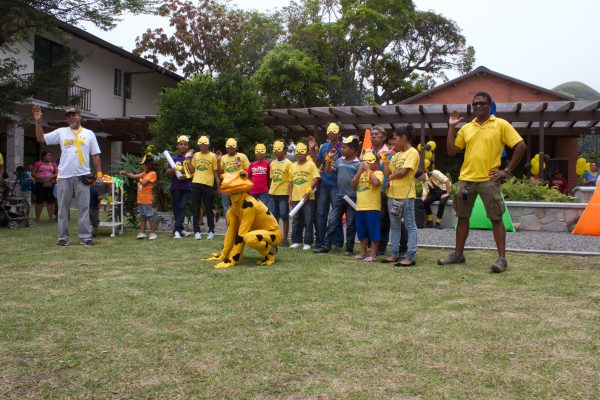 In 2010—just one year after the last confirmed observation of a Panamanian golden frog in the wild—Panama’s National Assembly declared August 13 National Golden Frog Day, passing a law that made the Panamanian golden frog one of Panama’s official cultural and ecological symbols. Since then the holiday has grown from the mere acknowledgement of the National Assembly’s declaration to an entire week full of frog-focused events for children and adults across the country.

This year’s Golden Frog Day started August 13, ran through August 20 and included two family days, a race for frogs, an open house at the Gamboa Amphibian Research and Conservation Center, a book fair with a live frog exhibition and a parade in El Valle.

Golden Frog Day came near the end of the Panama Amphibian Rescue and Conservation Project’s #FightforFrogs campaign, during which time Golden Frog—a global online services provider—matched donations to the rescue project, helping raise money critical to the Zoo’s fight for frogs. The successful digital campaign brought in $21,800 in donations. With Golden Frog’s initial donation of $10,000 and their generous commitment to match up to an additional $20,000, we’ve raised a total of $51,800 for frogs. 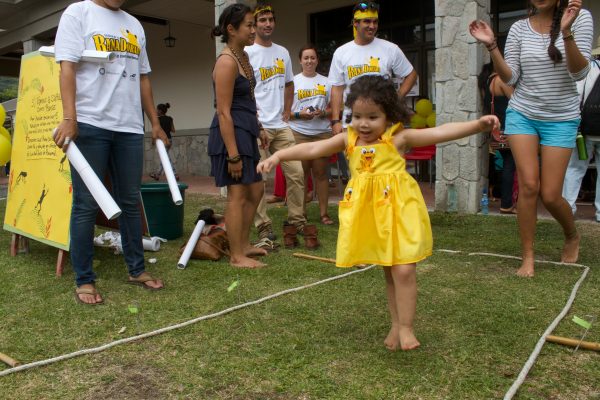 “I’m very hopeful for the future of golden frogs and several other highly endangered frogs in Panama,” says Brian Gratwicke, international coordinator for the Panama Amphibian Rescue and Conservation Project. Gratwicke adds that he will be baking golden frog cupcakes for his co-workers in celebration of Panamanian Golden Frog Day. “We have a fantastic team of dedicated conservationists working at maintaining and breeding frogs, and conducting the research needed to put them back in the wild.”

Though no longer found in the wild, the golden frog is a beloved icon in Panama, where local markets sell thousands of enamel-painted terracotta and hand-carved tagua nut golden frog statues, and hand-stitched fabric works of art called molas with the likeness of the amphibian. Last year Panamanian Golden Frog Day celebrations even kicked off with a golden frog-themed national lottery ticket. 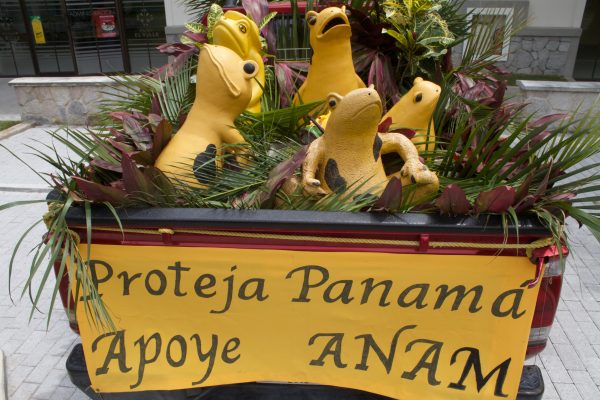 “Panamanian golden frogs mean hope,” says Angie Estrada, a Ph.D. student at Virginia Tech and a native Panamanian. “Hope that Panamanians can reclaim and protect their rivers, streams and forest. Hope that we can collaborate with people from different countries and backgrounds when the goal is larger than our own interests. Hope that we will be able to find more frogs out in the wild, and that if we don’t we will keep looking. Hope that if they disappeared, we will be able to say that we did everything we could to help them out.”