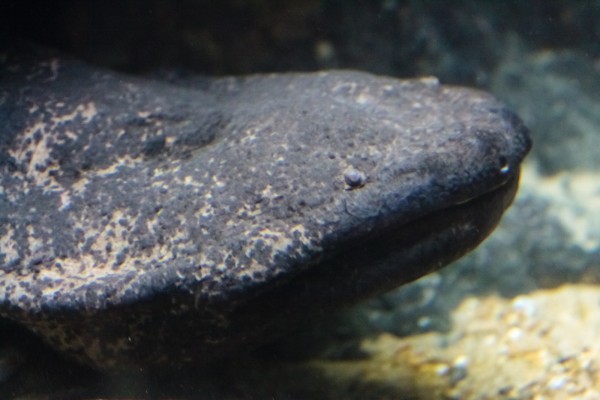 The Chinese giant salamander (Andrias davidianus), native to China, is the largest living salamander growing to monstrous lengths of up to six feet. When camouflaged, this species resembles a large rock with its eyes barely perceptible amid its large body. It lives and breeds in large hill streams, usually in forested areas. Interestingly enough, this species has a range of vocalizations with one of them eerily sounding like a child crying, resulting in the nickname “the infant fish.”

These enormous salamanders can weigh as much as a whopping 58 pounds. Commercial overexploitation for human consumption is the main threat to this species, though habitat destruction and degradation also play a role. At the current time the species is listed as critically endangered by the IUCN.