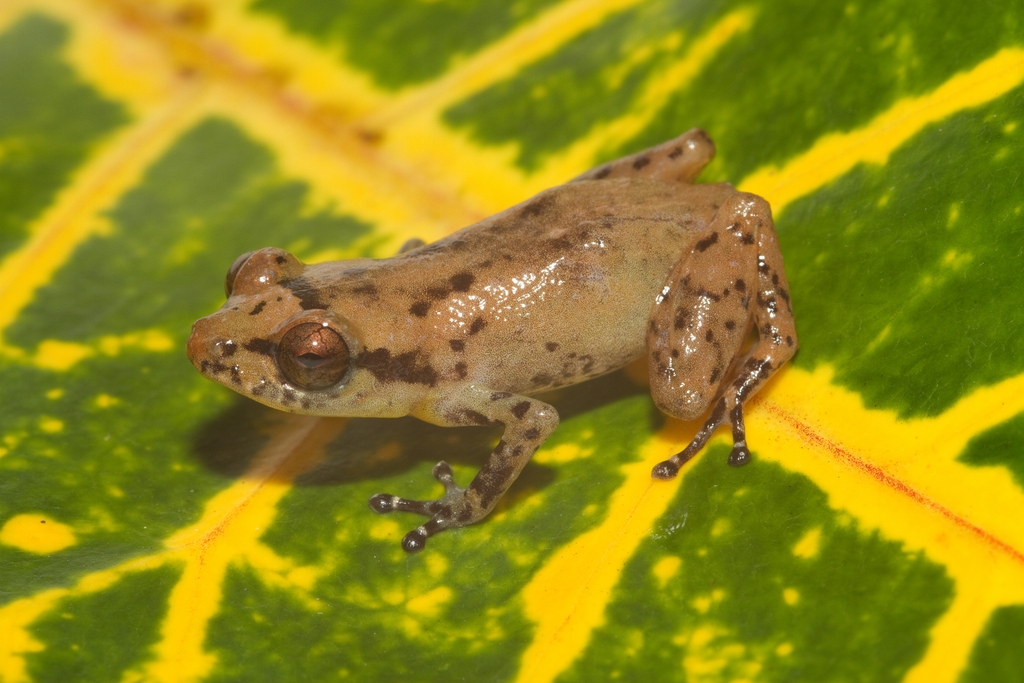 The Caretta robber frog is also known as the common tink or dink frog, because of the amazingly loud and musical “tink” sound that the male makes at night during the mating season. This sound has been compared to tapping a wineglass with a piece of silverware. Because their call is so loud and identifiable, they make sure to hide from predators before beginning to sing to attract females. There have also been studies that show that a dominant male will usually begin singing, followed by the next dominant male, and so on in a given area. This calling order can also help throw off predators hunting them by sound.

This frog has a large range and can be found mostly on humid lowlands and the slopes of Central America in Honduras, Nicaragua, Costa Rica and Panama. These nocturnal amphibians are very adaptable to change and are able to deal well when their habitat is disturbed by either other animals or human activity. The Caretta robber frogs have even shown that they can change color from day to night. During the day, they are a grayish-brown with spots while they hide, then, when they come out at night, they can change slightly to become pale pink or tan in color.

This frog generally lives in trees, and tends to climb and walk more than hop. They have specialized sticky disks on the ends of their fingers and toes that allow them to hang onto leaves. They also like to lay their eggs in bromeliad plants that grow towards the top of trees, which often have long, stiff leaves and showy flowers.

Some scientists believe that the Caretta robber frog is actually a mixture of several other species. It is very common and currently not endangered, though slight population declines have been observed in some places.