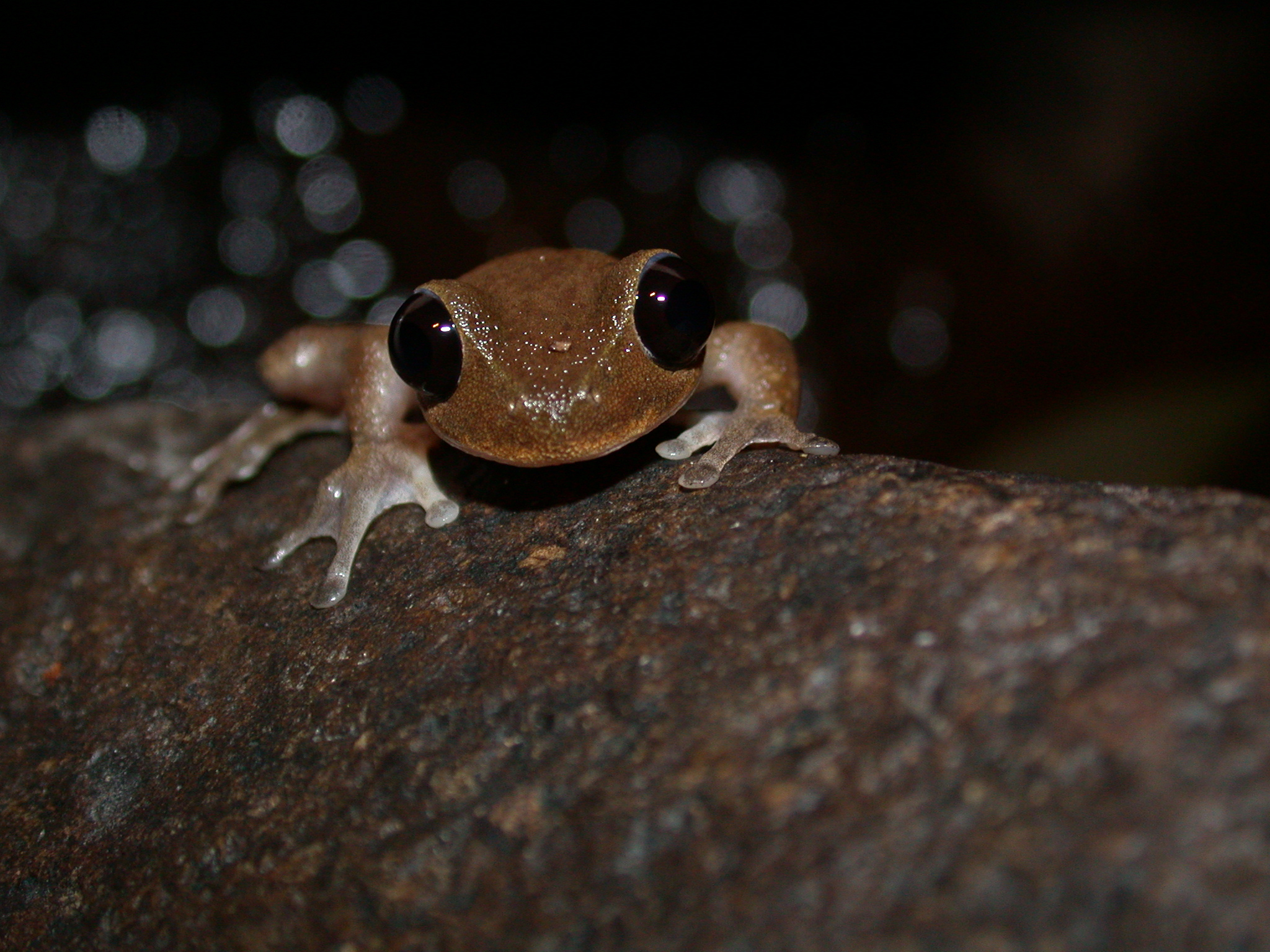 The Australian lace-lid, Litoria dayi, is a frog that goes out on a limb, in more ways than one. This frog is the only member of its genus that lives in Australia and researchers are still collecting information about their threats. The species is listed as endangered by the IUCN.

These frogs are indiscriminate of their prey, consuming both terrestrial and aquatic invertebrates, and their large eyes help them to be efficient nocturnal predators, catching a variety of cockroaches, flies, spiders and beetles. Confined to a small region of northeastern Australia, the Australian lace-lid grows to about 50 millimeters.  It is a rainforest specialist, associated with montane rainforests and fast-flowing creeks.  Males can be very territorial, possibly to help them attract mates, as no males have ever been found calling in a group or within 1 meter of another male’s territory.

This frog once inhabited an area that has since been populated more prominently by invasive feral pigs, which destroy the tropical shrubbery and growth this frog uses to hide. Although these pigs degrade the lace-lid’s habitats, it is unclear whether they are contributing to killing the frog. Researchers believe that continued exposure to cold, dry temperatures (possible at high elevations such as those the frog inhabits) decrease the frog’s activity and the chances of successful reproduction. They also believe that Australian lace-lids have been affected by the global spread of chytrid, even in their isolated mountain rainforests.

Photo by Jodi Rowley via ARKive.