For five years, I have worked as the staff herpetologist at Las Casas de la Selva, a sustainable forestry project in Puerto Rico. I’ve also had the privilege of spending five months in Panama; some of that time was spent working with PARC and I have noticed many similarities between Puerto Rico and Panama. Specifically, I have noticed how each country has a frog as a national and cultural symbol.

In Panama, everyone knows of the Golden Frog (Atelopus zeteki), and when I was studying the folklore of Panama, I heard old stories about how the frog was good luck, and that people used to believe that it turned to gold when it died. Nowadays, the Golden Frog is a symbol of Panama itself, and what it means to be Panamanian. Images of the Golden Frog adorn everything from lottery tickets to t-shirts to coffee mugs. Some of my friends in Panama have even gone so far as to get Golden Frog tattoos. And each year, thousands of people celebrate Golden Frog Day.

As an island, Puerto Rico has very few species of frogs, and 16 of the 18 native species belong to the genus Eleutherodactylus. This genus is referred to collectively as “Coquis”, although only two species make the distinctive “Ko-Kee” mating call that makes nighttime in Puerto Rico such a noisy affair. Of the 16 species of Coquis, 13 are listed by the IUCN as either Vulnerable, Endangered, or Critically Endangered. As with the Golden Frog in Panama, Coquis are a symbol of everything Puerto Rican. Mainland-born Puerto Ricans who return to the island respond to challenges about their Puerto Rican “authenticity” used to respond, “I’m as Puerto Rican as the Coqui”. Images of the Coqui show up on artistic murals, tourist kitch, and tattoos; there is even a “Coqui” brand of coffee and a “Coqui” car dealership!

But we are missing something in Puerto Rico- we have no equivalent to the “Dia de Rana Dorada”. After my time at PARC, including my opportunity in 2012 to help Angie Estrada, Jorge Guerrel, Ligo Diaz, and the rest of the staff plan and execute educational activities at the Summit Zoo, I decided to take the spirit of “Dia de Rana Dorada” back to Puerto Rico with me. The idea has been well-received, and the first “Dia del Coqui” will be a weekend-long festival from September 26th-28th, 2014. It will be held at the Jardin Botanical y Cultural William Miranda Marin in the centrally-located city of Caguas. Already, artisans, scientists, musicians, university students, historians, and public-works officials are coming together to make this event a success.

The intention of Dia del Coqui is to be a cultural celebration, but also an important learning tool to help the people of Puerto Rico know that the frogs that they have always shared the island with are in need of conservation. We hope that Dia del Coqui becomes a cultural mainstay in Puerto Rico, akin to Dia de Rana Dorada in Panama. 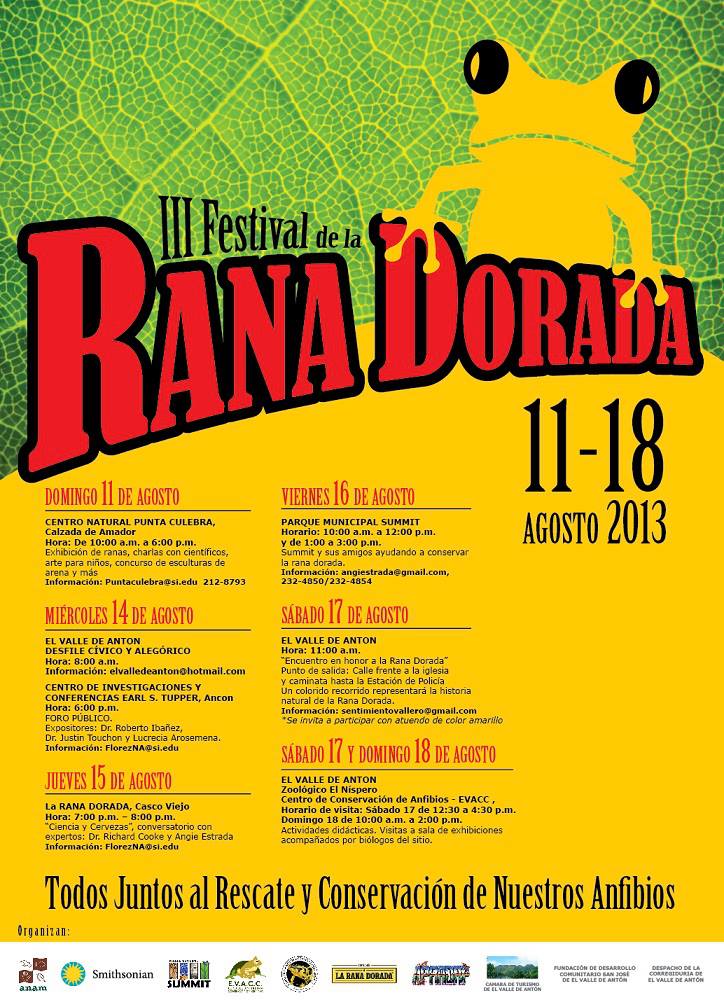 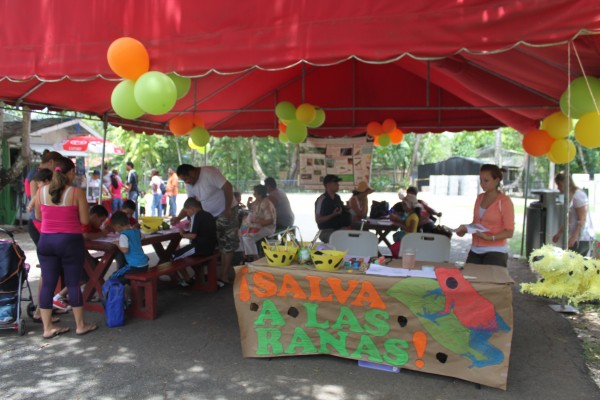 Save the Frog Day Celebrations at the Summit Municipal Park, Panama

This years’ celebration of ‘Save the Frog Day’ was held at Summit Municipal Park on April 27,2013 where the Amphibian Rescue and Conservation Project is currently housed. A booth was decorated with balloons, a golden frog piñata (for donations) and a large banner to draw the families and children who frequent the park on weekends. This Saturday was no exception. We estimated that approximately 85 children shared in the activities. We also received 165 signatures on our Save the Frog Day sign up poster.

All throughout the day we had a steady stream of inquisitive children anxious to paint frog masks and were rewarded for their efforts with frog-shaped chocolates and stickers. There were those who would like to paint more if their parents hadn’t reminded then that there were lots of other things to see and do yet that day!

For the more inquisitive and brave visitors there were containers filled with some of the frogs’ favorite snacks. There were extra- large cockroaches, crickets and meal worms and their parents the beetles. We would have to say some of our guests weren’t as excited about those. Some were a bit horrified from the looks on their faces, yet were understanding when we explained that these were very nutritious and necessary to keep them healthy.

A large poster displayed the wide variety of shapes, colors and sizes of frogs live here in Panama. We are excited and looking forward to next year when we will be settled into our new facility in Gamboa, where everyone will be able to appreciate the beauty and wonder of the precious creatures we are celebrating and fighting to preserve. Until next year, everyone keep up the good work! 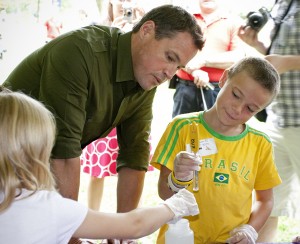