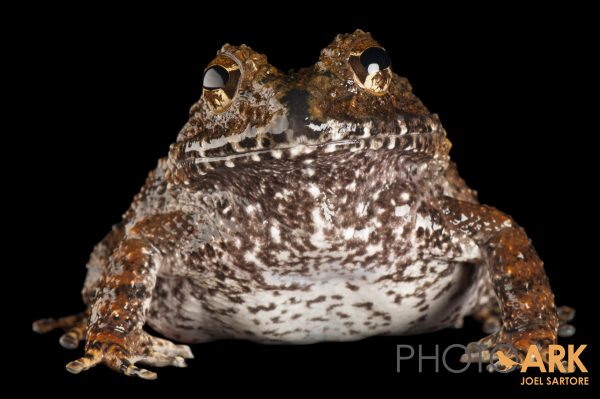 This species is known from the humid lowlands from extreme southeastern Costa Rica through Panama to western Colombia. It is a stream dweller and breeds by direct development, laying eggs in damp sand.

Status in the wild: This species has declined significantly throughout its range and is considered extinct in Costa Rica. It is thought to be highly susceptible to chytridiomycosis, and habitat modification for agriculture, it is not found in disturbed habitats.  This species is listed as a high priority for conservation in Panama’s National Amphibian Conservation Action Plan.

Status in captivity: A partial founding population of this species has been established for this species in the Project. Two pairs have been bred in captivity, but not reliably, but we have had success with using assisted reproduction methods.