In 2005, as chytrid was sweeping across Panama from El Cope to El Valle, the Houston Zoo rallied other zoos and aquariums, universities and international conservation organizations to begin work on the El Valle Amphibian Conservation Center, also known as EVACC. 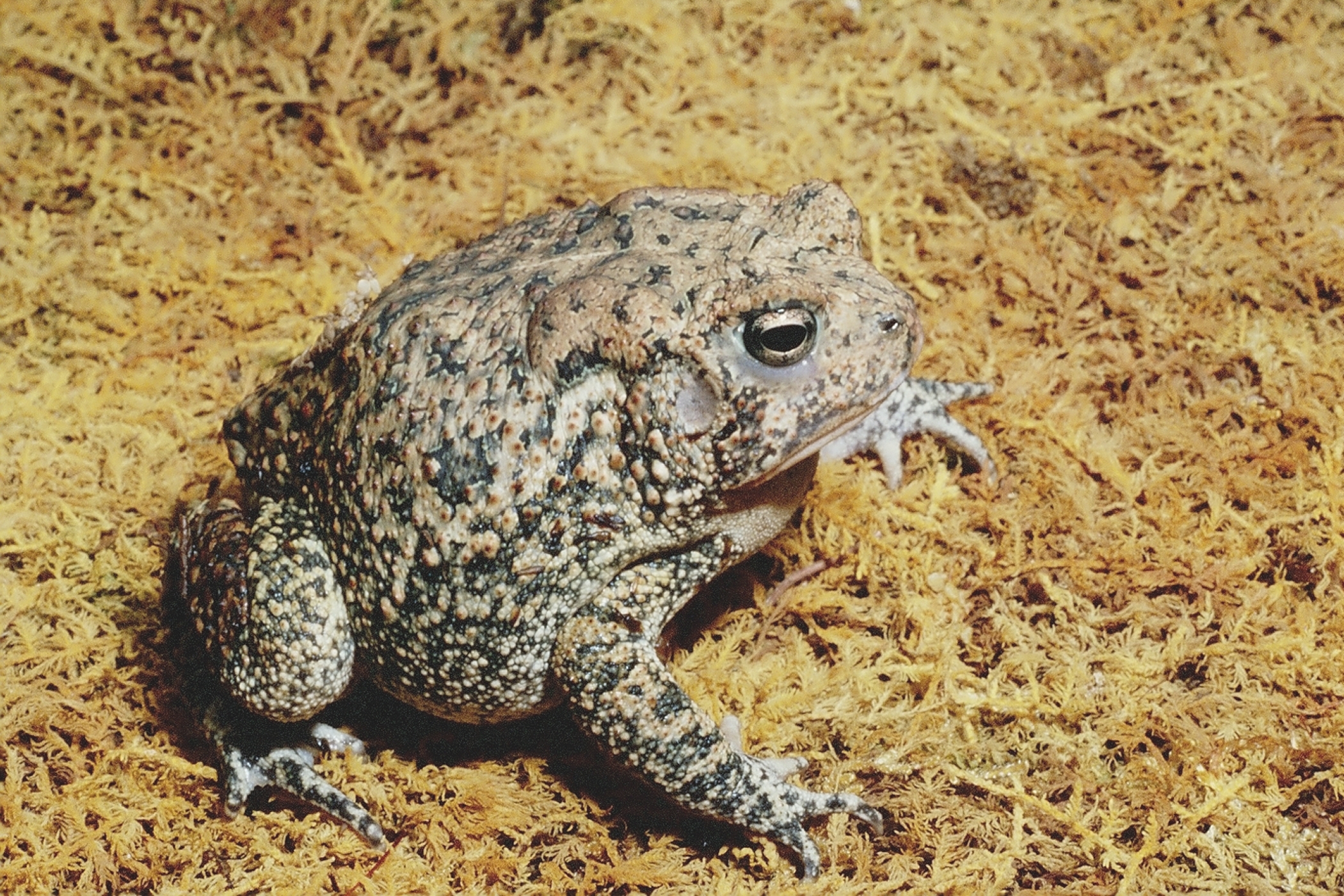 EVACC led the Houston Zoo to partner with the Panama Amphibian Rescue and Conservation Project. All rescue project partners work together for a common goal: the survival of the world’s amphibians. But at the same time, we each support conservation efforts in our own backyards. For the Houston Zoo, our ‘backyard’ project involves a small toad with a big story.

In the late 1940s, Houston, like many metropolitan areas in post WWII America, looked very different from what we see today. Before freeways and tract housing developments, Houston was ringed by dairies and rice fields. It was in that environment sixty years ago that amateur herpetologist John Wottring first suspected that the lengthy trill he was hearing in south Houston fields belonged to an undescribed species of toad.

In just a few years, the species was described in the journal Herpetologica as Bufo houstonensis. The Wottring Toad was a reference to the location of its discovery and its discoverer.

By 1968, James Peters from the Smithsonian Institute National Museum of Natural History, added Bufo houstonensis, to the list of “Rare and Endangered Fish and Wildlife of the United States.” With little fanfare the toad was included in the passing of the Endangered Species Act in 1973, likely one of the first amphibian species in the United States, maybe even the world, to be recognized as declining.

Fast forward 30 years to 2006. The Wottring Toad is now known as the Houston Toad, likely a consequence of the regional uproar that took place in its namesake city, despite the fact the toad had not been seen since its ESA listing and believed only to persist in four habitat patches within its central-eastern Texas counties. Its habitat is fragmented, reduced in both quantity and quality and entering a time of record drought. 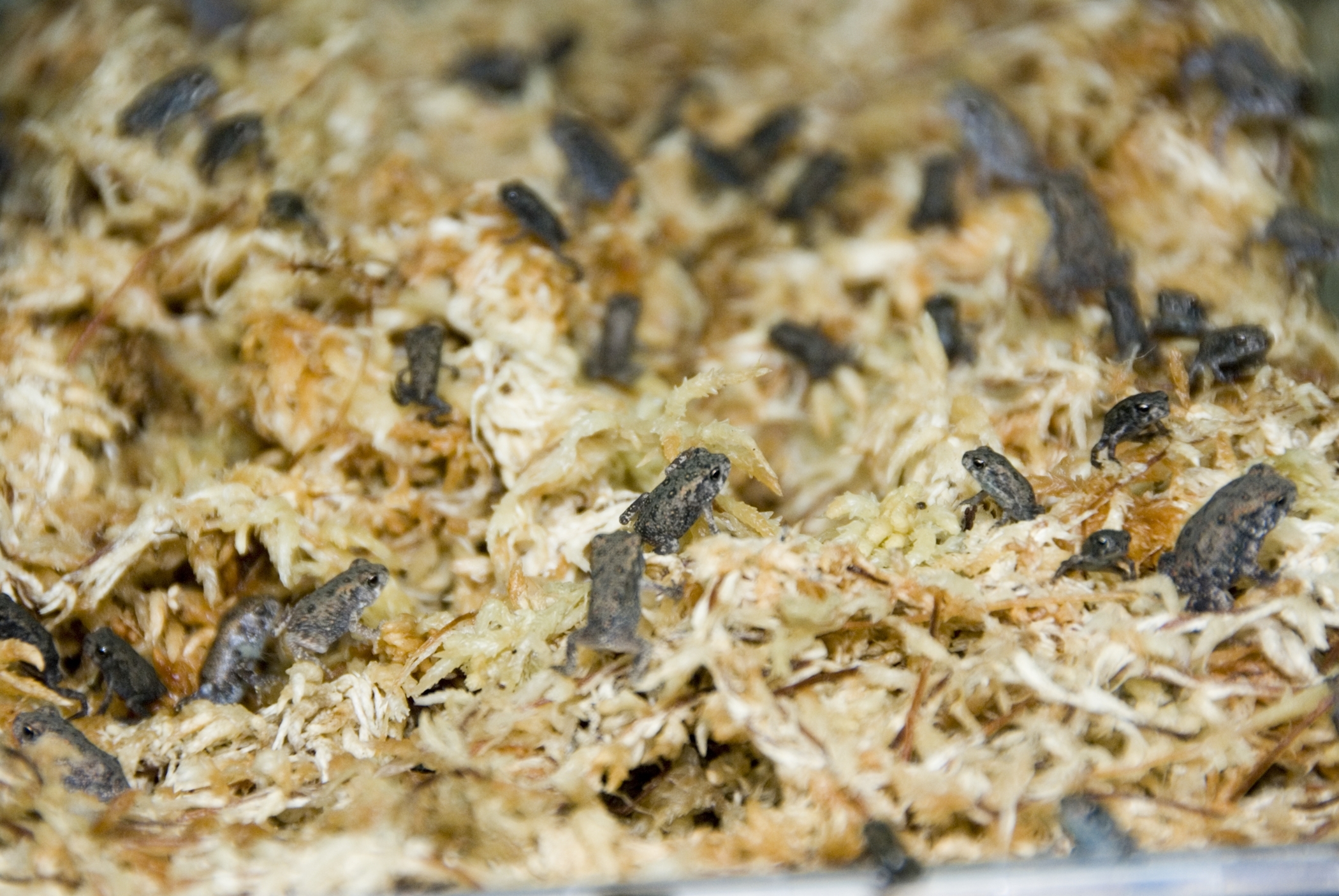 This past July, more than 600 Houston toad tadpoles and recent emergents were released in Central Texas and another release of 500 toads is planned in the next six weeks. (Photo courtesy of the Houston Zoo)

Under these dire circumstances, in the spring of 2007, parts of the only known egg strands laid by Houston Toads that year were collected for ex situ conservation by biologists at Texas State University and delivered to the Houston Zoo.

The three partial egg strands were acclimated at bio-secure facilities (a modified bird cage at the Houston Zoo), hatched the next day, and started eating a few days later. After a month, the larvae began metamorphosis, and by the fall of the same year, 1,200 toads had been released back to natal ponds.

Support to restore the Houston Toad to its historic range has grown over the past three years. In mid-2007, the AZA’s Amphibian TAG steering committee, along with regional experts from across the United States, Mexico and the Caribbean convened at the Ft. Worth Zoo for an Amphibian Ark Species Prioritization Workshop. The Houston toad was ranked a priority and a nascent program was mandated.  The Amphibian TAG published the second edition of its Regional Collection Plan in 2008, during the program selection phase Houston toads were elevated to the PMP management category.

The Houston Zoo’s main role in Houston toad recovery is head starting and the development of a captive assurance colony. This past July, more than 600 Houston toad tadpoles and recent emergents were released in Central Texas and another release of 500 toads is planned in the next 6 weeks.

The Houston Zoo’s involvement in Houston toad recovery is just one supportive player in the whole effort.

The U.S. Fish and Wildlife Service and Texas Parks and Wildlife Department are the organizations charged with conserving the toad and work with partners such as Texas State University, the Environmental Defense Fund, and the myriad of private landowners who recognize the need for and appreciate having the little toad around. Knowing the situation is grim, everyone is responding with active stewardship, increasing the chance for long-lasting positive changes for the species.