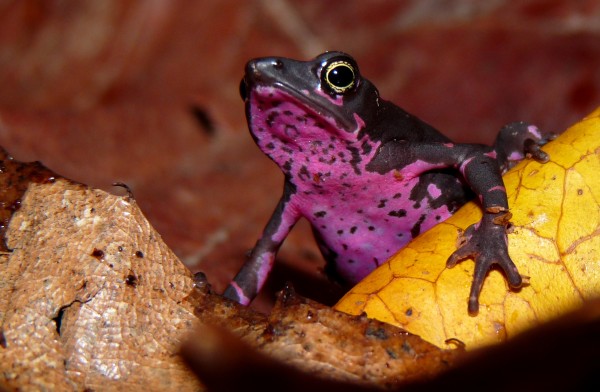 It’s a small amphibian with an interestingly flattened body. An intricate net-like pattern encompasses the toad’s  back in a collection of greens and browns. What’s really eye catching though, is the toad’s underbelly. The stubfoot toad’s feet, hands and posterior surface of the belly are a vibrant pink/red color!

This species of amphibian is listed as “vulnerable” on the IUCN’s Red List and reports of the population have indicated a steady decline in numbers. Hopefully, efforts can be made to prevent this population from further declining. After all, the world would be a little less colorful without the Pebas stubfoot toad.

Photo by Benjamin Tapley via Arkive.