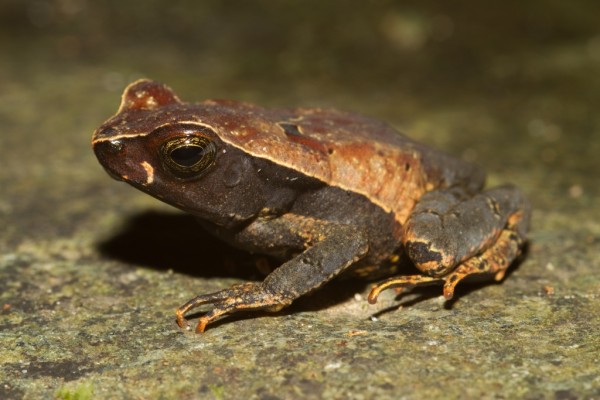 Can you be-leaf that this is a frog? If you don’t look closely, you might just miss the litter frog if you come across it in the forest. Even though it is relatively large in size, with females that can grow up to 3 inches in length, it practically disappears among leaf litter and tree bark. This ‘dead leaf’ pattern on its back is excellent camouflage and is most often brown or purplish in color with darker blackish and lighter yellow-orange blotches. Their toes are also webbed, but their fingers are not.

These frogs range from eastern Honduras and Costa Rica to Columbia and northwestern Ecuador. In general, these frogs are most commonly seen in Costa Rica, though their population fluctuates and their overall numbers seem to be decreasing.

Litter frogs are nocturnal and live in either tropical forests or humid, moist woodland areas along streams or rivers. They breed during the wet seasons from March to July, and prefer to do so in rocky freshwater pools along the edges of streams where their twilight chorus could easily be mistaken for birdsong. Once the breeding season is over, they often move elsewhere to slightly drier areas.

The main threats to this species are habitat degradation and destruction due to agriculture, wood extraction and cattle ranching. The species is locally threatened by dams in Venezuela and by oil pollution in Colombia. Chytrid fungus also seems to be affecting this species.

While I was in Panama at the end of August, one of the things that stuck me the most were the sounds. I didn’t experience what it’s like to be in an area of the rain forest where you’re deafened by frog calls (and as we know, those places are diminishing quickly), but I took my time to learn some new calls while out searching for the little (and sometimes big) guys. And sometimes the sounds were particularly meaningful–such as the sound of a lone La loma tree frog, Hyloscirtus colymba, calling in one of the rescue pods at Summit Zoo, indicating his comfort with his environment and readiness to breed. Below I share some of the noises that I recorded while there and many of which are cherished by anyone familiar with the project, including volunteers: 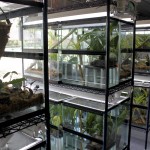 Sounds inside the rescue pod (.wma) 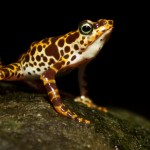 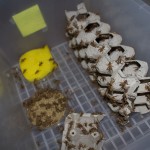 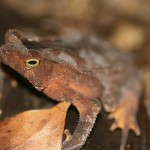 A chorus of leaf-litter toads in the rain forest (.wma) 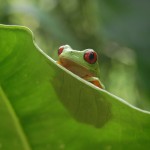 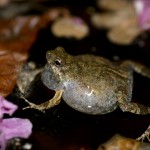 Tungara frogs calling back and forth in the wild (.wma) 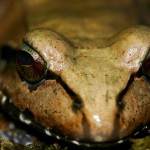