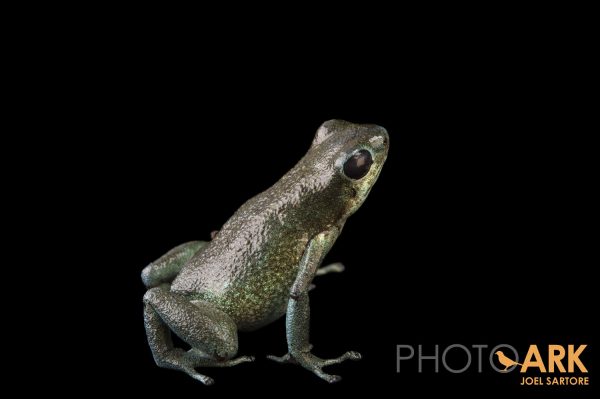 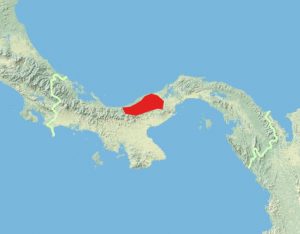 This Panamanian endemic species’ range has a limited distribution from the Caribbean coastal lowlands from Rio Miguel de la Borda in the East and Río Cahuita in the west to the continental divide near Tulu and Cero Tute near the Santa Fe National Park.  It lives in humid tropical lowland forest trees and they breed in bromeliads and epiphytic plants. The adults tend the larvae, transporting tadpoles to small pools of water in vegetation and feed the young on unfertilized eggs. 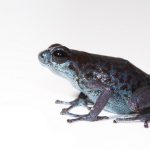 Status in the wild: This species has disappeared from some upland sites and is thought to be susceptible to the amphibian Pathogen Batrachochytrium dendrobatidis that causes chytridiomycosis. Due to its limited distribution. Like Oophaga pumilio, this species is polymorphic, and an attractive animal for hobbyists. Over-collection for the pet trade could be a potential threat in the future. 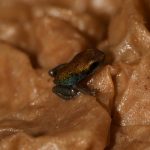 Status in captivity: We have secured an adequate founding population (>20 male and 20 female), but they have been bred in captivity. This is a highly attractive species occurring in several color forms and is sought after in the pet trade, and exists in US collections.