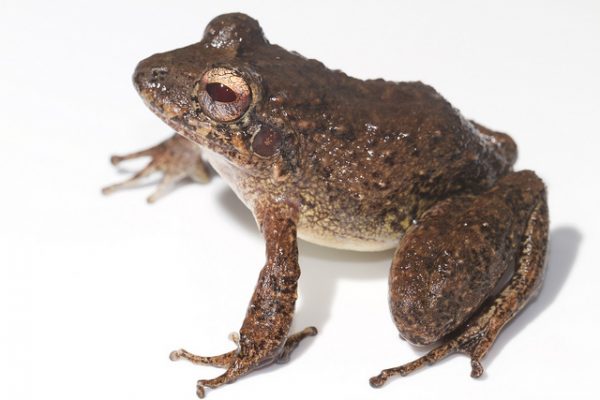 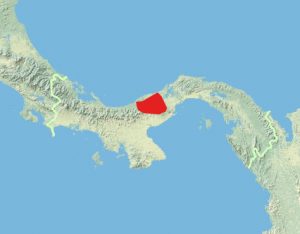 This species is found on the Atlantic slope of Panama, from El Cope in Cocle Province east to Rio Indio Arriba.  Lives on stream-sides of clear flowing streams and has direct developing eggs.

Status in the wild: This species belongs to the Craugastor rugulosus series, and most of the 34 members of this clade have disappeared due to chytridiomycosis-related declines. This species itself is called ‘evanesco’, because Ryan et. al. 2010, who described the species noted that it had disappeared entirely from its known distribution by the time its species description was published and is therefore a very high priority species for conservation efforts. It is still occasionally encountered in mid elevation Caribbean sites in the Donoso area. 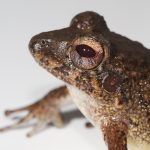 Status in captivity: We have secured an adequate founding population (>20 male and 20 female), but they have not yet successfully been bred in captivity. We will continue efforts to breed the frogs in replica stream-side habitats, and investigate assisted reproduction methods, and its outlook in captivity is uncertain.