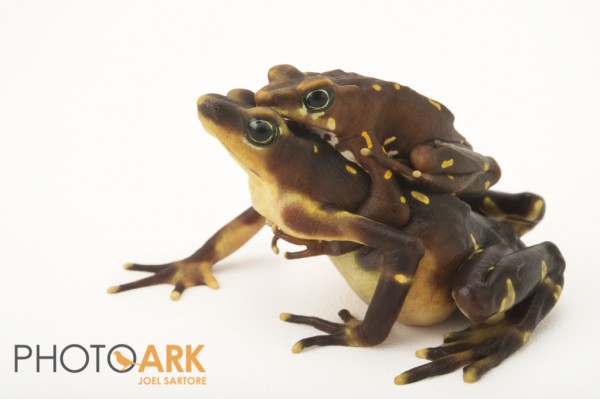 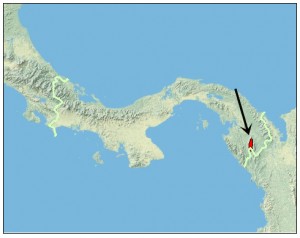 The Pirre harlequin frog is endemic to the cool mountainous forests of Darien Region of eastern Panama. The brown adult frogs look a little like a Jackson Pollock painting because of their yellow splatter-like markings. Frogs from lowland areas within the species range tend to have slightly different patterns and their dark brown and yellow colors take on a classic Atelopus chevron pattern. 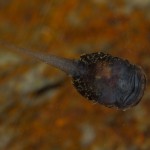 Status in the wild: Much of this species range is protected by the Darien National Park, a world Heritage site. Protected areas don’t really help mitigate the main threat to this species, which is a fungal pathogen, Batrachochytrium dendrobatidis, (Bd). This disease does not respect protected area boundaries and has wiped out more than 30 harlequin frog species in central and South America. As of 2010, we have reports of Bd being detected in the area. Significant Bd-related declines are anticipated, but due to some logistical and security challenges associated with accessing our research sites, we have not been able to return to find out how it has affected the frogs. The future outlook for this species in the wild is very poor. 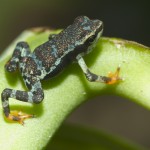 Status in captivity: We have collected adequate founding populations of animals from a high elevation cloud forest site and we have met our goals to establish a secure founding population (>20 male and 20 female) founders, and have numerous first generation offspring. This species has bred well in captivity, at the Gamboa ARC. The future outlook for the captive population is excellent.