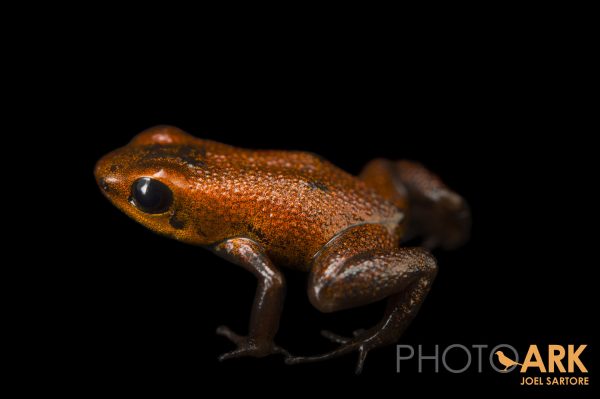 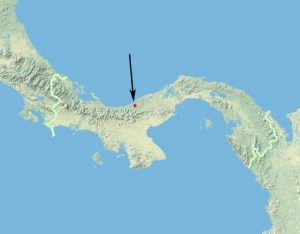 Andinobates geminisae was only recently described described by Batista et al. in 2014. This tiny, bright red dart frog is endemic to Central Panama where it has a very small known range in the Río Belén basin, Colón Province. It lives on drier ridges between watersheds and lays its eggs in small pools in plants and bromeliads. There is some level of parental stewardship as males have been observed transporting tadpoles to more suitable locations on their backs.

Status in the wild: This animal is likely to be threatened with extinction because of its very restricted distribution. Much of the existing habitat in the Donoso region where this species is found is primary forest, but it has been impacted by deforestation associated with human activities. Several individuals in the wild have tested positive for Batrachochytrium dendrobatidis, but susceptibility to the disease is unknown. 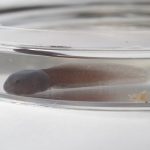 Status in captivity: We have secured an adequate founding population (>20 male and 20 female), and have numerous first generation offspring. In captivity animals are housed in tanks furnished with bromeliads and eggs are laid in water-filled bottle caps and petri-dishes, tadpoles are fed fish flake. The future outlook for the captive population is good.