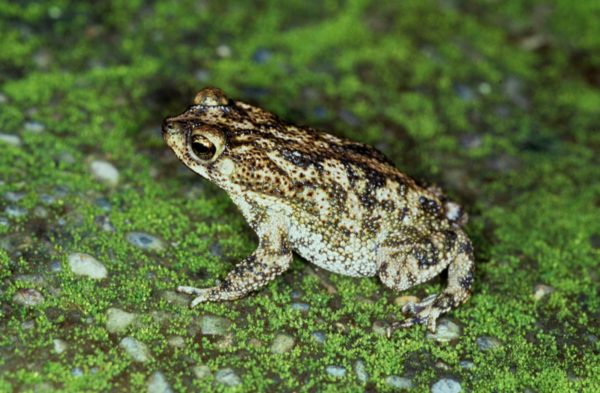 Panamanian toads Rhinella centralis are distinguished by their dorsal skin covered with pointed warts. They are common along the Pacific coastal areas, often in urban areas around Panama City and small towns, and form large choruses on rainy nights. The small but strongly swollen poison glands on their heads secrete a white toxic goop. This effective defense mechanism makes predators spit them out, or froth at the mouth, vomit and it may even kill them if they try to eat the toad.

Scientists working at INDICASAT, the University of Panama and STRI began screening wild frogs for substances with pharmacological potential to treat various tropical diseases. When they analyzed secretions from these toads they discovered a chemical in the poison glands called 19-hydroxy-bufalin. They found that this chemical was very potent at killing the parasites that cause Chagas disease, and that it was not very toxic to cells. Chagas disease is a neglected tropical disease that kills 10,000 people per year, and current medications used to treat the disease are not very effective, particularly in acute cases. The fact that this chemical is quite selective with low cell toxicity means it is a promising compound that make it a candidate compound to further explore as a potential way to treat Chagas disease.