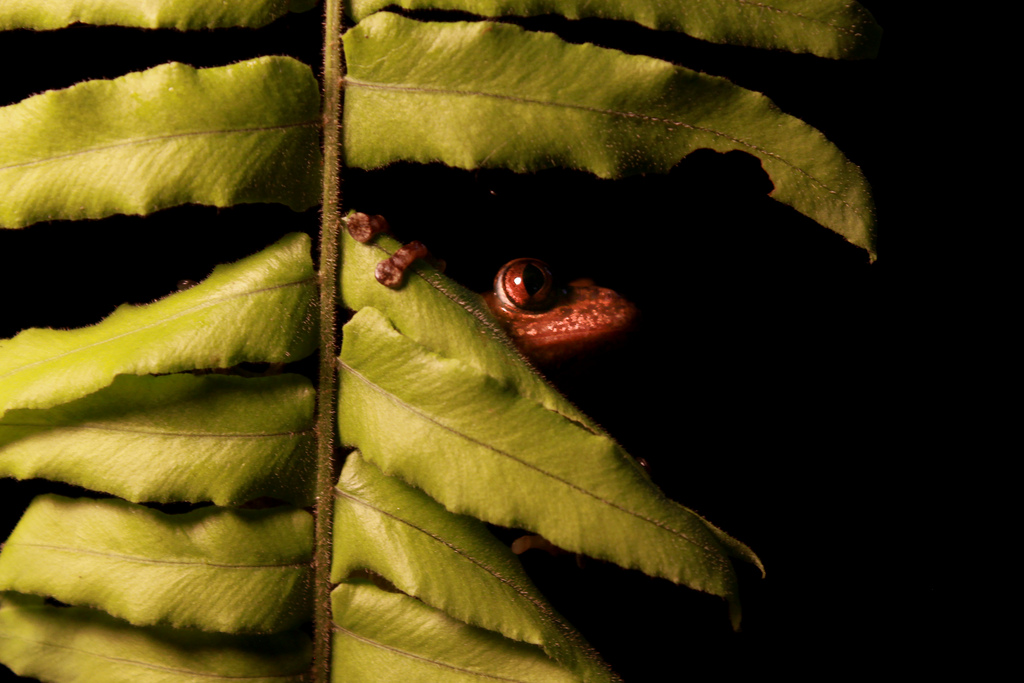 Though what is visible here isn’t reminiscent of the popular martini garnish, this does not mean the olive striped frog isn’t incredibly stylish and suave in its own right. This frog is native to the Congo, Gabon and Equatorial Guinea. Males range from 45 to 59 millimeters long, but while this frog isn’t the most physically intimidating contender in the amphibian ring, its call makes up for its somewhat diminutive size. Researchers have observed male olive striped frogs calling from bushes approximately 1 to 2.5 meters above the flooded grasslands where these frogs mate. Scientists believe they live in secondary forests and heavily degraded former forests, moving to more open areas like the grasslands to attract potential mates with greater visibility and volume.  According to the International Union for Conservation of Nature, the olive striped frog is a species of least concern, meaning that while these frogs might be geographically constricted, they currently have few other threats shaking up their status.