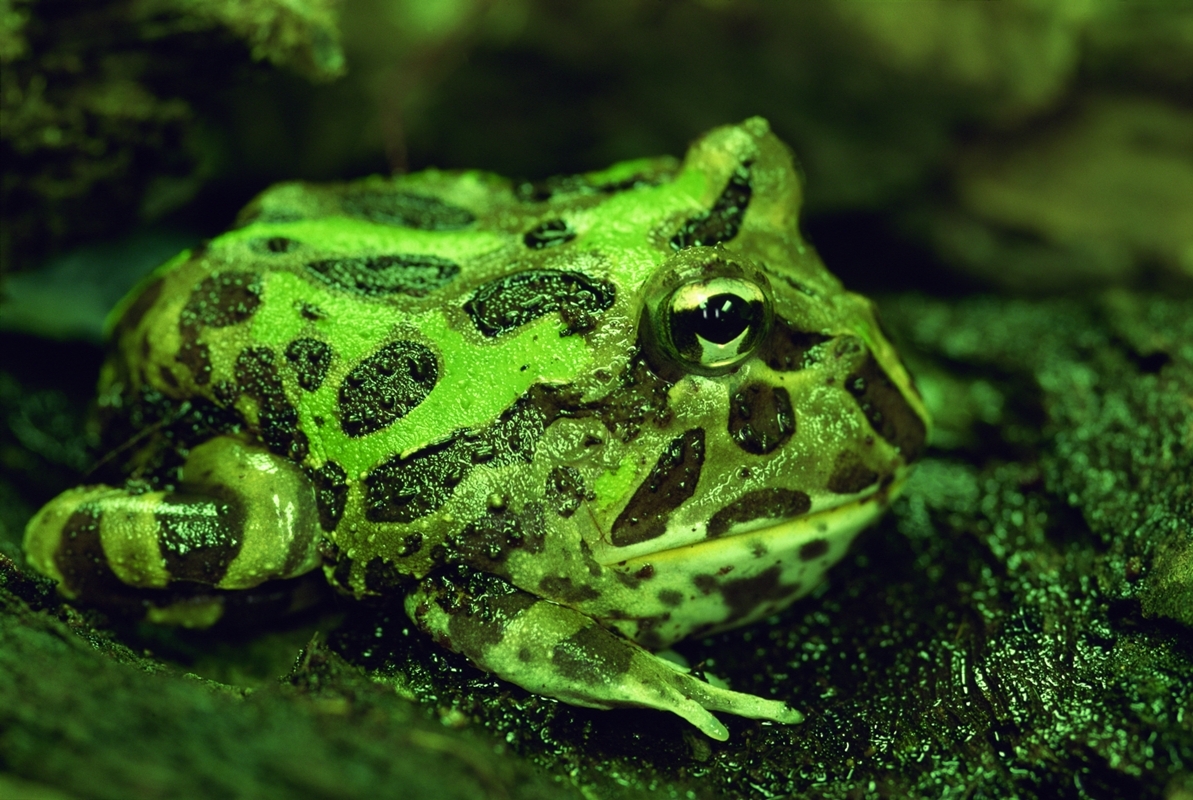 The Chacoan horned frog (Ceratophrys cranwelli) looks like it is more mouth than frog. Such a large mouth on such a little frog earned it the nickname Pacman frog, from the popular video game. The Chacoan horned frog’s oversized mouth conceals something a little more treacherous—teeth. A row of sharp teeth protruding from the upper jaw come in handy when they are ambushing their prey. This frog seeks out hiding places, usually holes, along the forest floor in Argentina, Bolivia, Brazil and Paraguay that complement its green and black or brown and black coloring. It nestles itself in its hiding places and waits, motionless, for a meal to wander in front of it. It strikes, lunging out of its hole suddenly, sinking its teeth into its prey. This frog is not a picky eater. Much of its diet can be made up of other frogs. It is capable of swallowing an animal half of its size and has even been known to attack animals larger than itself. Chacoan horned frogs can grow as large as 15cm and weigh half a kilogram. They can sometimes bite off more than they can chew, and can choke on prey that is too large to swallow.

The Chacoan horned frog’s predatory behavior starts at a young age. Tadpoles are cannibalistic and start eating each other after they hatch from their eggs, which are laid in clumps at the bottom of fresh water ponds. During the breeding season, the frogs lay all of their eggs with the first heavy rain of the year.

The frog has a bad reputation among local human populations, but not one that is warranted. Some incorrectly believe that the frog is venomous. However, this fat little frog has no venom, despite what its bright colors may suggest.

Photo courtesy of: The Houston Zoo