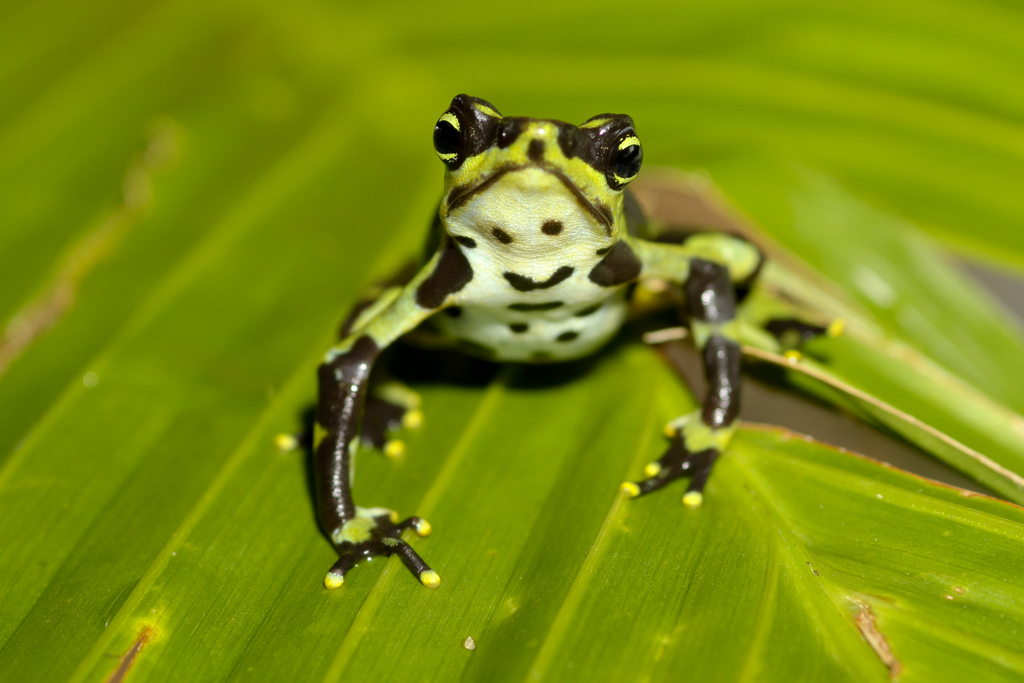 Camouflaged among the moss-covered rocks in the highlands and lowlands of Panama, the Limosa harlequin frog (Atelopus limosus) is difficult to spot even with its yellow clinging toes. These green-and-black-eyed amphibians leave their superb hiding places during the dry season and make their way to the fast-flowing streams of the Panamanian rainforest. Females lay their eggs in streambeds, where eager males wait to fertilize them. Laying clutches of eggs in faster-flowing waters may seem treacherous for the tiny frogs, but they brave the risk. Eggs that are laid in those areas of streams are less likely to be preyed upon, or to face competition from other frog species. 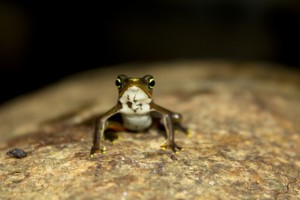 Limosa harlequin frog tadpoles are not left to be swept away by hurried streams once they hatch. Suction disks on their bellies help anchor them to the rocks in the streambeds. However, the species seems to be losing its grip in its fight to survive. It is listed as endangered in the wild and the population is still decreasing. It is facing threats ranging from deforestation to pollution. Those threats are compounded by the ravaging affects of the chytrid fungus.  The Panama Amphibian Rescue and Conservation Project has brought the Limosa harlequin frog into captivity and is learning how to successfully breed them, giving hope for the survival of the species.