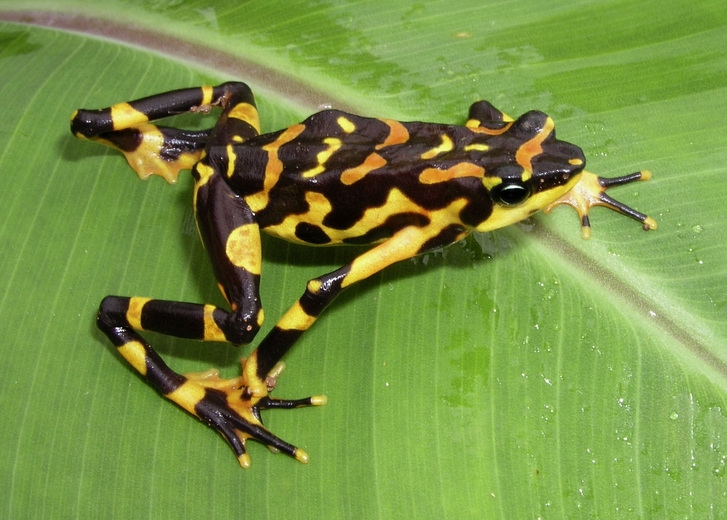 The visionary entomologist E. O. Wilson wrote in 1988 that, “overall we are locked into a race. We must hurry to acquire the knowledge on which a wise policy of conservation and development can be based for centuries to come.” In the case of the great die-off of amphibians that is currently taking place, coping with the loss of biodiversity requires a thorough understanding of how ecosystems respond to (often abrupt) disruptions.  One hundred years of tropical research in Panama by staff and visiting scientists at the Smithsonian Tropical Research Institute (STRI) leads to the wisdom we need to make smart conservation decisions.

Many amphibian populations are in severe decline throughout Central and South America, and many species, especially stream-dwelling amphibians, teeter at the brink of extinction. The ecosystems they inhabit are experiencing abrupt disruptions. For example, the harlequin frog, Atelopus varius, was relatively common in the headwaters of the Rio Lagarto in Costa Rica during a population census from 1982 to 1983. A second census between 1990 and 2002 recorded no harlequin frogs (La Marca et al., 2005).

The toad genus Atelopus, which contains 113 species, has suffered catastrophic population declines affecting at least 43 species. In the same census effort that recorded the decimation of the Atelopus varius population, ten other species of Atelopus showed zero individuals in the second round only half a decade later.

Rapid amphibian population declines are happening at the regional level as well as at the species level. The best-tested explanation for what has caused the rapid and severe declines and numerous extinctions in the wild suggests that the fungal disease chytridiomicosis is the driving mechanism. Chytridiomicosis has progressed like a wave from Costa Rica in 1980 to eastern Panama today. A similarly destructive wave advances on susceptible, mostly highland, frog populations in Ecuador and Colombia. Currently, the epidemic wave front moves through central Panama at a rate of 17 km per year. 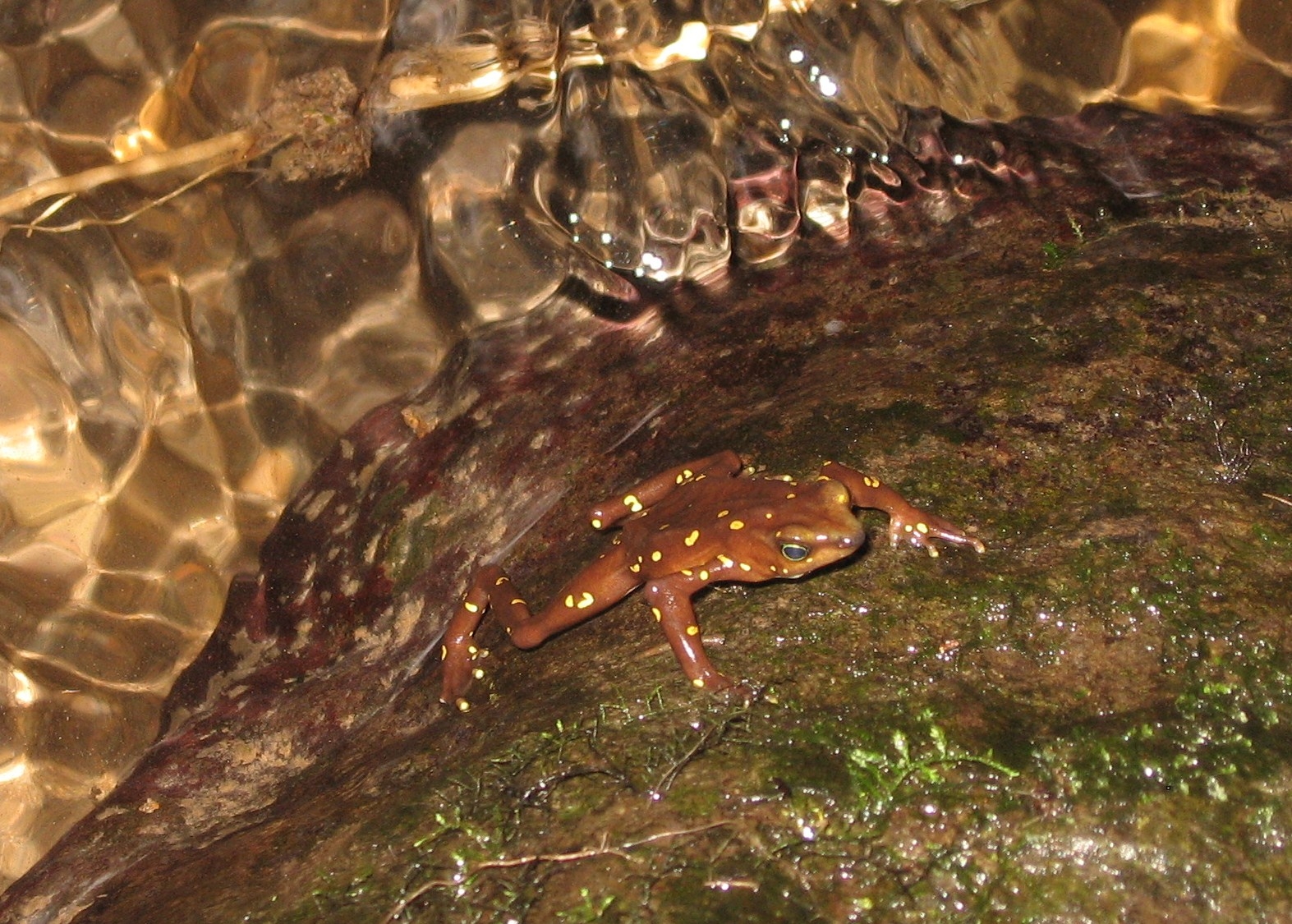 Frogs are an irreplaceable component of the highland stream ecosystem. In their absence, streams cannot cycle key nutrients effectively, and all species that depend on this habitat will be negatively affected. Recent results from the Tropical Amphibian Declines in Streams (TADS) research project strongly suggest that tropical streams have no backup when frogs populations decline rapidly. (Photo by Walter Dodds)

Research continues on the causes of chytridiomicosis and on mitigation strategies, but we need to do research on the effect of the declines on freshwater highland tropical stream ecosystems to successfully direct conservation efforts and accurately predict ecosystem-level changes. Amanda Rugenski, a post-doc at Southern Illinois University’s Department of Zoology, recently gave a talk at the Smithsonian Tropical Research Institute in Gamboa, Panama about the ecological consequences of amphibian declines in streams. Her research looks at pre- and post-decline streams and quantifies any changes in how the streams function as an ecosystem with and without amphibians.

The spreading epidemic in Panama offers the opportunity to compare similar stream sites across the chytridiomicosis wave front. If chytridiomicosis, a water-bone pathogen, is directly responsible for the observed declines, these before and after surveys will identify the ecological services that will be lost in the near future.

The project, Tropical Amphibian Declines in Streams (TADS), uses a technique called ecological stoichiometry to understand how key nutrients like carbon, nitrogen, and phosphorus are cycled through the stream’s food web. Because amphibians link aquatic environments–which they inhabit as tadpoles–to terrestrial ones, where they feed on insects as adult frogs, they serve as an important conduit of energy, linking the two food webs. The main question is whether stream ecosystems will be able to cope with amphibian declines.

The answer is that there is no replacement for the role amphibians play. Using nitrogen isotope tracers, Amanda discovered that tadpoles are essential to cycle nitrogen through the food web in stream habitats. When there are no tadpoles, nitrogen just flows downstream and is unavailable to other consumers. Altered nutrient flows and fluxes, and slower cycling rates affect other organisms as they cascade down the food web, resulting in different numbers of microorganisms, algae, and mayflies and of frog-eating snakes and birds. Tadpoles influence what grows where in the stream, the amount of water sediment, the availability of key nutrients and energy sources, and the overall function of the stream ecosystem.

Much has been written about the loss of biodiversity resulting from the rapid declines of amphibian populations. A paper listed in the STRI bibliography published this year in EcoHealth predicted, using DNA barcode techniques, that about a third of frog species have already been lost. Now, the effects of the declines from an ecosystem standpoint point to amphibian’s key and irreplaceable role in stream habitats.

The effort to understand enough to conserve and predict future amphibian populations has recently accelerated to match the rate at which chytridiomicosis advances. But we remain locked in the race.