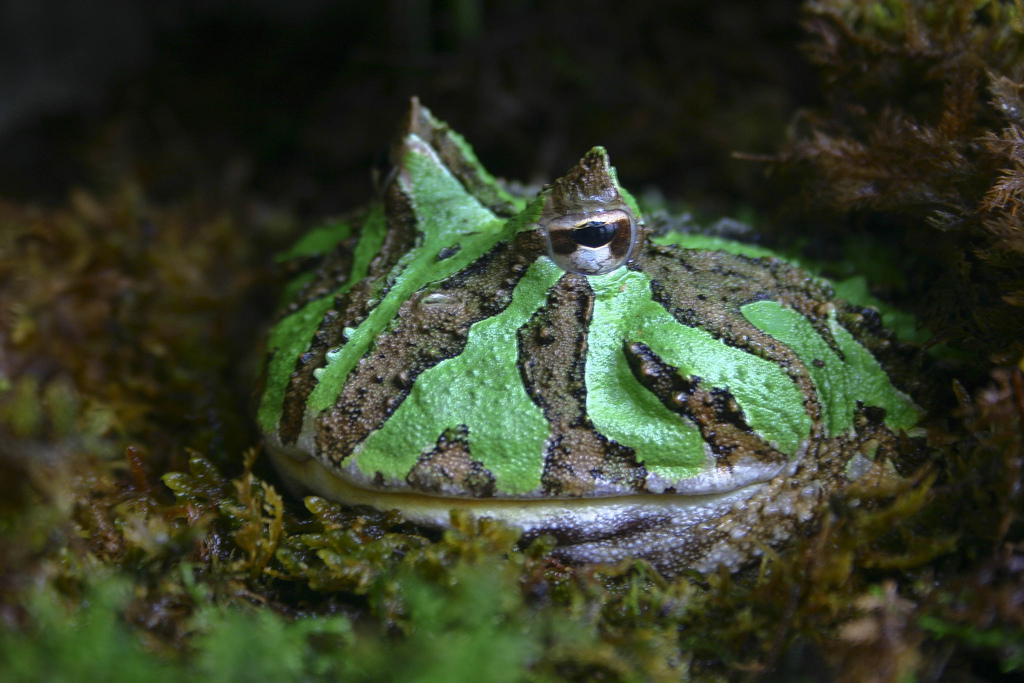 Ornate horned frogs are known for their big mouths, so steer clear of telling secrets around these guys. They are sometimes referred to as “mouths with legs” because their mouths appear to take up the entire front half of their bodies. They have a set of teeth in both the roof and the outside of the jaw, which helps them when attacking prey such as lizards, mice and even other frogs. Ornate horned frogs are also sometimes referred to as the “Pac man frog,” again because of their large mouths, but also because of their substantial appetites.