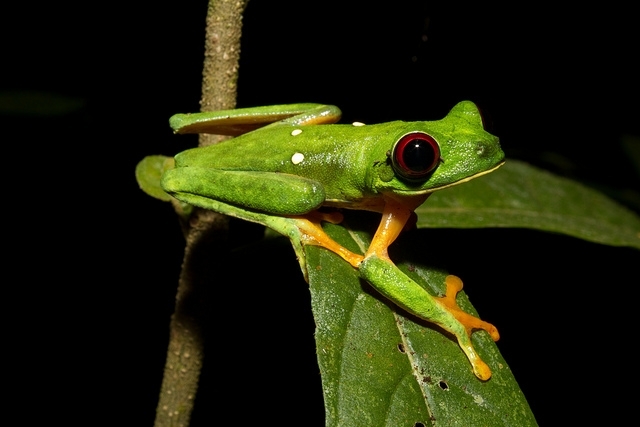 How many times have you walked into a pet store and been surprised by the variety of amphibians available for purchase? I tend to gawk, awestruck, at these amazing creatures, just as though I’m admiring them during a visit to the zoo: Pacman frogs, White’s tree frogs, Malayan leaf frogs, powder blue poison arrow frogs, the list goes on…and all of these are available to buy. Many of these species are exquisite, exciting, beautiful and definitely non-native to the U.S. of A. But as much as we may love frogs and want to keep them as pets, we have to consider whether taking in such a pet has conservation implications.

The term “exotic” calls to mind word associations like “foreign” and “interesting,” which are not necessarily bad words, but certainly indicate something beyond the garden variety of whatever it is that we are comparing, be they automobiles, eggplants or footwear. With regards to organisms, however, “exotic” can mean something a little more problematic. Exotic, or introduced, species are defined by the National Park Service as “those that occur in a given place as a result of direct or indirect, deliberate or accidental actions by humans.”

If introduced to an environment, a non-native species can become an invasive species, outcompeting native species. For instance, it is quite likely that the Burmese pythons now prevalent in the Florida Everglades were initially kept as pets and became invasives upon their intended or accidental release, adapting quickly to environments similar to their own Amazon estuaries and southeast Asian swamps, respectively. Adaptations like high reproductive rates, longevity and the ability to consume large prey, combined with their misplacement, can allow them to outcompete and often consume native species like American alligators, opossums and even great blue herons, according to an article published in the Wilson Journal of Ornithology.

A few particularly popular amphibian species that might not have quite the same effects as their serpentine kin–but are just as exotic—include the tomato frog and the well-known families of Dendrobatidae (poison dart frogs) and Hylidae (red-eyed tree frogs and spring peepers, to name two). These particular amphibians are regulated by the Convention on International Trade in Endangered Species of Wild Fauna and Flora, or CITES, which establishes controls, protocol and limits for managing species that are endangered in the wild but for which there is high consumer demand. These frogs are listed among either the first or second appendices of CITES, meaning that they are restricted from being captured in the wild or are threatened in the wild, and their trade or sale may be regulated or restricted at any time. However, captive-bred individuals of these species are acceptable for trade and sale. Pets that are illegal to own generally depend on state laws, and many states have clear laws discussing what animals are illegal to be kept as pets and which animals require a permit to keep. For instance, the state of New Jersey requires a permit to own African clawed frogs, red-eyed tree frogs and a variety of other common pet trade frogs.

The quality and conduct of the facilities that breed and supply these amphibians should be assessed by the consumer prior to purchasing, according to Ed Smith, a biologist at the Smithsonian’s National Zoo. The amphibian pet trade is thought to be contributing to declining amphibian populations in the wild by overharvesting wild rare species and may play a role in spreading diseases. While the over collection of restricted range amphibians has contributed greatly to population decreases, habitat destruction and a species’ natural confinements can also negatively affect its survival rates. If you are considering investing in an exotic species, please be sure of two things. First, that the amphibian you are purchasing is not an illegal species prohibited by CITES. Second, that the farm or source has raised or procured the frog sustainably and in accordance to the best husbandry practice. Simply because a species can be traded does not necessarily mean that it is okay to purchase one. Do some background research on the species that you plan to purchase, not only to determine what kind of care and conditions you will need to provide your amphibious friend, but also to determine if this is a species that you can own without adversely affecting wild populations. 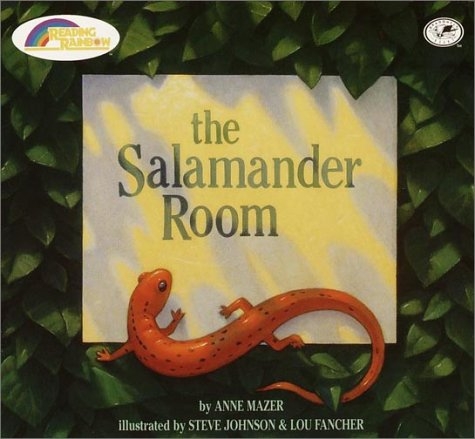 “The Salamander Room” by Anne Mazer discusses a young boy’s enthusiasm about keeping a salamander as a pet and how keeping the salamander changes his life literally and figuratively.

Smith advises that anyone interested in caring for amphibians read a book called “The Salamander Room” by Anne Mazer. This picture book discusses a young boy’s enthusiasm about keeping a salamander as a pet and how keeping the salamander changes his life literally and figuratively.

“Like the boy in the story who models his room after the salamander’s habitat, we often find that fascination with one thing becomes a window to a world of further amazement,” Smith said. “Wanting to provide his salamander with everything it needed, the boy in the story considered each element of its habitat, one clump of moss and decomposing log at a time, until he had re-created the forest itself. There is something about the keeping of an aquarium or terrarium that leads conscientious caretakers to appreciate the details of an ecosystem—the essence of such an enterprise, or hobby, is caring.”

So before you run down to the pet store or queue up that pet distributor’s website, consider these parting thoughts from Ed Smith:

Two basic questions to ask when purchasing an amphibian (or any pet): “Can you care for it well? Are you harming amphibians at large with this purchase?”

Should you buy captive-bred or wild-caught amphibians for pets? “Consider captive-bred first (meaning animals that are already acclimatized, disease-free and not diminishing wild populations).”

Motivation for investing in an amphibian: “The business of caring for living things hones our focus to allow us to appreciate their complexities and hopefully enables us to better appreciate the diversity of plants and animals in the wild.”