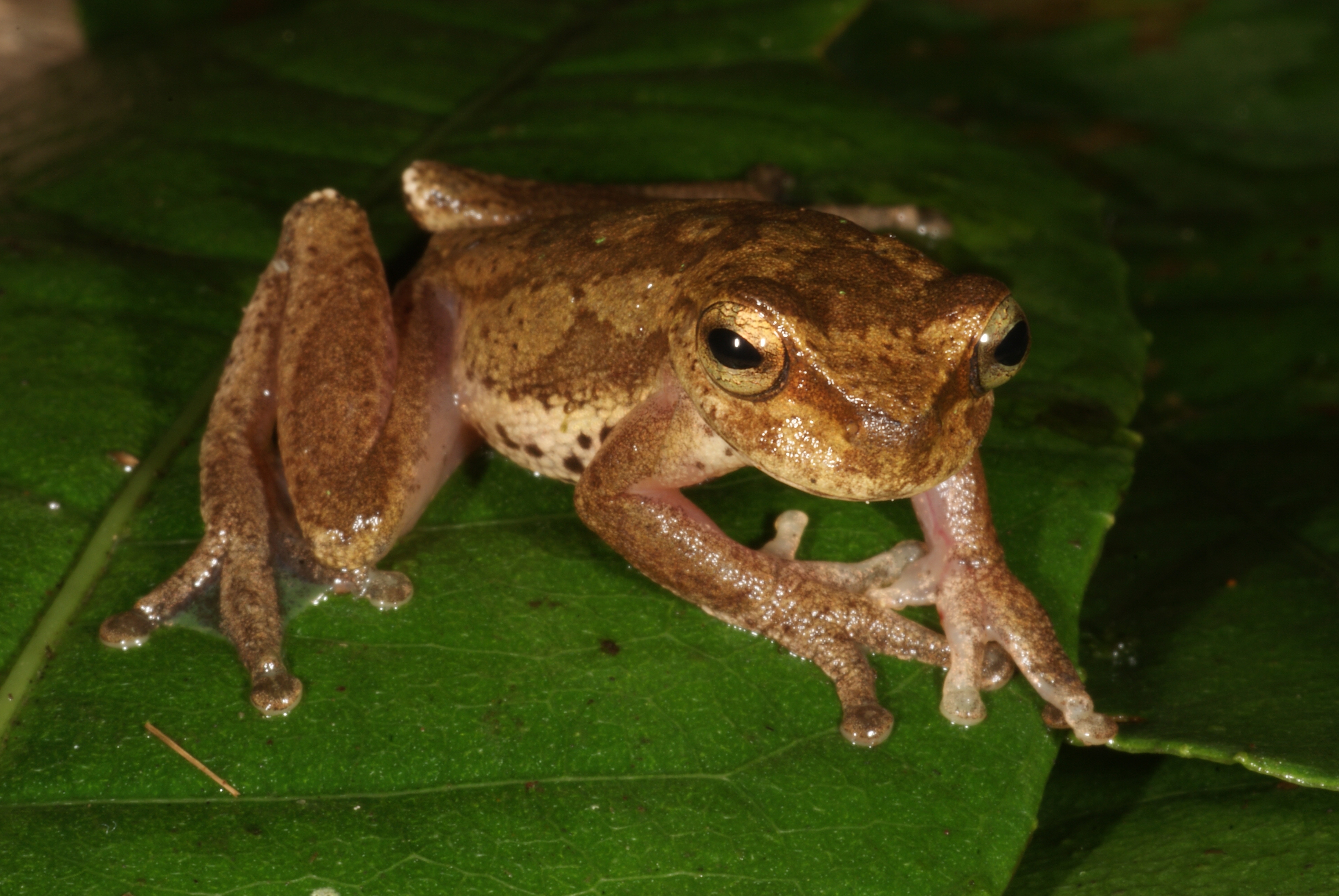 It is very rare that a frog is thought to be extinct only to be once again discovered years after hope for the survival of the species had evaporated. The Cinchona plantation tree frog (Isthmohyla rivularis) performed its great disappearing act in Costa Rica. It could no longer be found in its rainforest habitat in Monteverde by 1989 and Las Tablas by 1993. In 2008, scientists unexpectedly found several males and a female; and with that the cinchona plantation tree frog had seemingly magically reappeared.

It is no wonder such a long time passed between sightings. These tiny golden brown frogs hide themselves among the dense vegetation around and in fast-flowing rainforest streams. Males only give hints to their whereabouts at night when they call from vegetation around the water. The Cinchona plantation tree frog is not only difficult to find, but many of its behaviors are also mysterious. Two of the frogs have never been observed mating in the wild, nor have eggs ever been found in the wild—only tadpoles.