Spindly leg syndrome is the bane of many captive breeding efforts in amphibians, causing much speculation on husbandry boards. This syndrome results in poorly developed limbs of post-metamorphic froglets. The condition has been observed in most of the species we have reared at the Panama Amphibian Rescue and Conservation Project and its a priority for us to resolve from an animal welfare and production perspective. 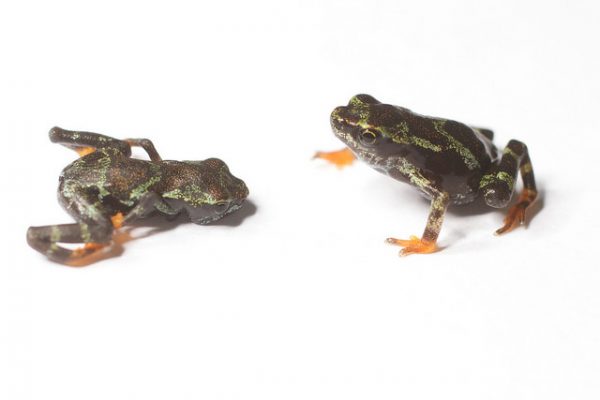 Atelopus certus post-metamorphs, an example of a SLS frog with poorly developed forelimbs (left) compared with a healthy froglet from the same clutch (right).

Many people had speculated that it was related to a nutritional deficiency in tadpoles or parent frogs, but the new study from the Panama Amphibian Rescue and Conservation Project using Atelopus tadpoles found no connection to diet, but treating the water by reverse osmosis filtration and then reconstituting the minerals was a sure-fire way to reduce the incidence of this syndrome. It is possible that the filtration process removed some factor that caused the syndrome, or that the reconstitution process added minerals such as calcium that were lacking in the original tap water.

One other factor that aggravated SLS was overfeeding of tadpoles, so our future work will manipulate dissolved mineral ratios in future experimental setups. We have been awarded a grant from the Morris Animal Foundation to continue our work on this. Further isolating the factor(s) responsible for causing this syndrome, will help us to improve captive amphibian welfare and allow managers to better control production of amphibians in captive breeding efforts. 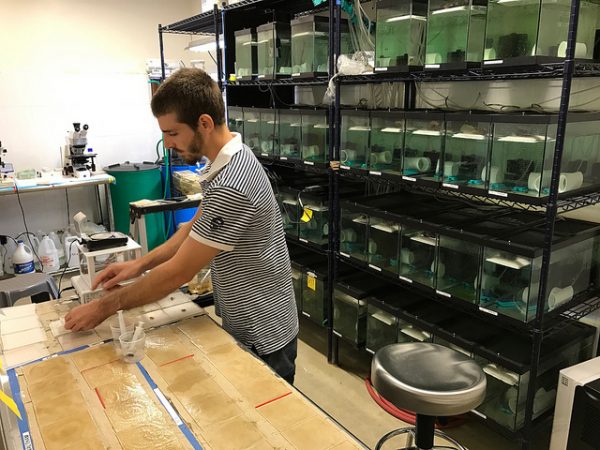