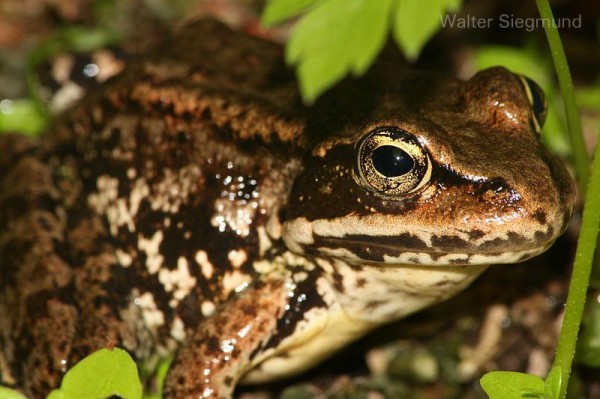 Named after the Cascades region in the northwestern United States, the Cascades frog is a treat to see.  Its markings can look suspiciously similar to a famous speckled feline. With a green or golden skin and small black ringed markings, some could call this species cheetalicious! The Cascades frog doesn’t growl or purr, however. Instead, it makes a low clucking sound day and night.

But that serenade may end soon. This spotted frog is in serious trouble! Typically found in mountainous open wetlands and meadows, its home is being destroyed by housing development and fire suppression allows trees to encroach on their habitat. Population declines from habitat loss and invasive species has made the Cascades frog a species of concern in California and Washington. The International Union for the Conservation of Nature lists this species as near threatened.