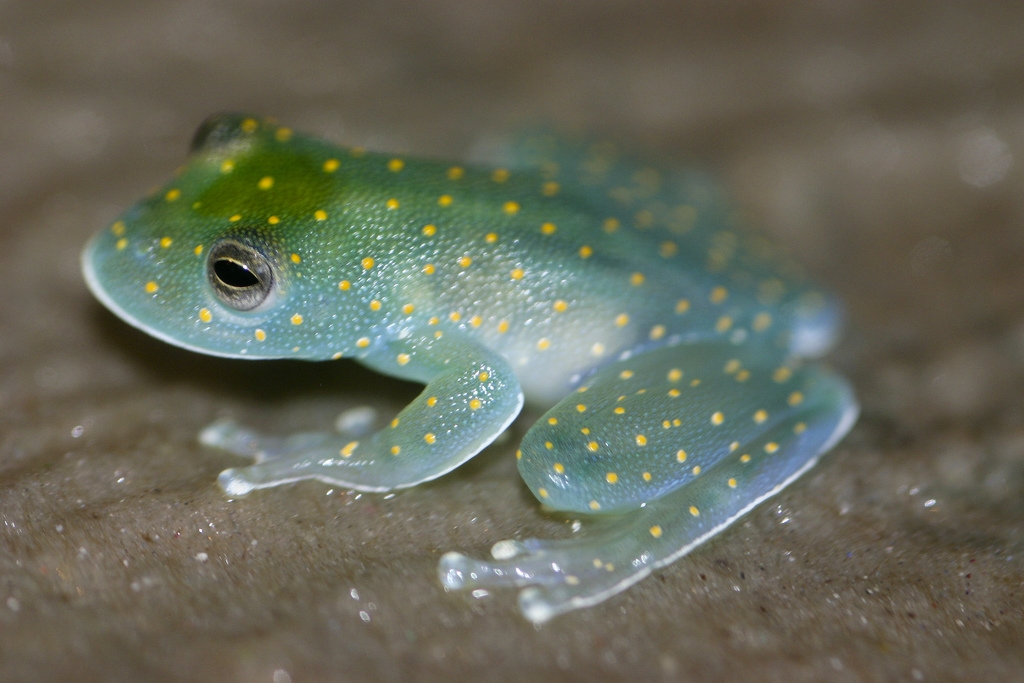 The beautiful fringe-limbed tree frog is named for the small amount of whitish, fleshy fringe along the edges of its lower arms, hands, legs and feet. However, it is most memorable for its distinct colors—a deep blueish-green covered with many raised, yellowish-white spots. Their skin is also somewhat transparent, and their bones appear greenish through their skin. The fringe-limbed tree frog does not start out this beautiful, however. As if having to grow into their colors, the tadpoles, with their very long tails, are pale in color.

Because of this frog’s particularly long snout, its eyes are completely visible from the front of its head, unlike some other frogs, whose eyes can only be seen from the side. The specific name, euknemos, derives from Greek and means “with beautiful legs.” The male mating call sounds like a rapidly repeated “creep, creep, creep.”

These frogs can be found in humid Central and South American forests. They are more abundant in Columbia, but rare in Costa Rica and Panama because of deforestation.