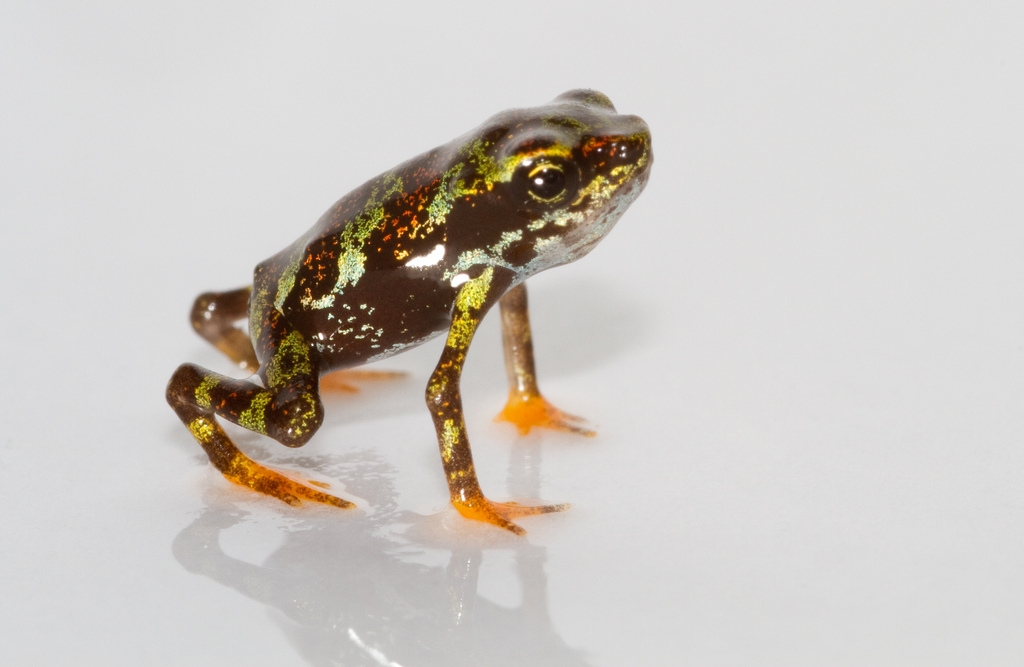 The Toad Mountain harlequin frog is a pretty snazzy dresser; like other harlequin frogs, both males and females sport skin pigmented in bright, fanciful colors and patterns. However, males are much more likely to show off, gathering together by the stream-side year-round to boast their colors and call for mates. Female Toad Mountain harlequin frogs, on the other hand, only strut their stuff when they want to reproduce. On a recent expedition, Panama Amphibian Rescue and Conservation Project scientists found 50 males out and about and only 12 females, who came to the water to mate and lay eggs.

Native to the Darién Province of Panama’s tropical forests, these endangered frogs’ populations are dwindling due to the rapid spread of chytrid fungus. The rescue project’s keepers at the Summit Zoo recently observed their Toad Mountain harlequin frogs in amplexus (from the latin “embrace,” amplexus is a form of pseudocopulation in which a male amphibian grasps a female with his front legs as part of the mating process), and a clutch of eggs soon followed! This is exciting news, especially because restoring Toad Mountain harlequin frog populations is one of the Panama Amphibian Rescue and Conservation Project’s top priorities. This success is vital for the understanding of their reproduction in captivity, which will make it possible one day to reintroduce this extremely rare species back into its native region.